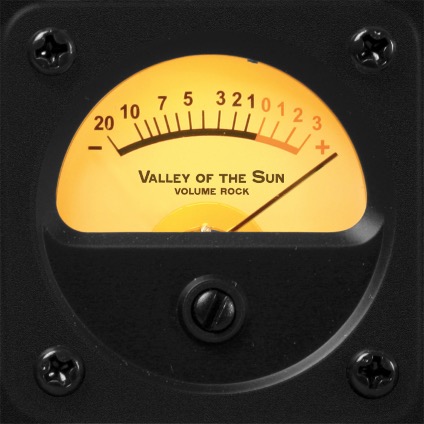 Where stoner grunge announces itself

Valley Of The Sun have been hotly tipped for a while, and essentially all this does, is pick up from where last year’s equally brilliantly monikered “Electric Talons Of The Thunderhawk”, left of. That means the Queen City, Cincinnati mob are in fine form right from the off. “Eternal Forever” provides not only a confident opening, but also gives singer Ryan Ferrier the chance to announce himself. His superb delivery is reminiscent of Chris Cornell and if Audioslave had featured Corrosion Of Conformity instead of Rage Against The Machine, it’s tempting to think this might have been something close to the results.

“BTV” adds a fuzzed up urgency, and a clear desire to get into a desert and explore, and there’s an implicit confidence here about work like the slower more deliberate “Speaketh” and it’s unashamed “whoa, whoa” chorus.

When all their stars align, as on the wonderful “Land Of Fools” (first line: “I travelled across the land of fools, only to find I was the King”) VOTS, are a formidable outfit. The psychedelic tinges to some of the songs – for example “Breathe The Earth” which has some magnificent drumming from Aaron Boyer – are most welcome, and it is arguably the high point of the record, although it can do short and sharp equally well too, as the heads down, headbanging freakout of “The Hunt” shows.

Like on their last record “Volume Rock” – and you hope that the amps were turned up to 11 when they did – the band travelled to work with John Naclerio, famed for his work with Senses Fail and My Chemical Romance to make, well, rock. The result is something that isn’t as stoner fixated, or as fuzzy as you might expect from an album that is released on Fuzzorama records, as while there are elements of that about them, a track like “Wants And Needs” is just a classic sounding classic rock song, while “Tour” is the type of thing that hasn’t been done as well since “Badmotorfinger”.

You can imagine that the band would be even better and more powerful in concert. There’s a timeless feel to “Noodle” but “Solstice”, which ends things here, is particularly mighty. Building slowly, when it lets itself go, it races out of the blocks like something that isn’t going to die wondering.

When talking about the record in interviews, Valley Of The Sun have talked about wanting it to show their growth as a band. It does that, but it also does so much more.

Volume Rock? Yeah, turn it up.