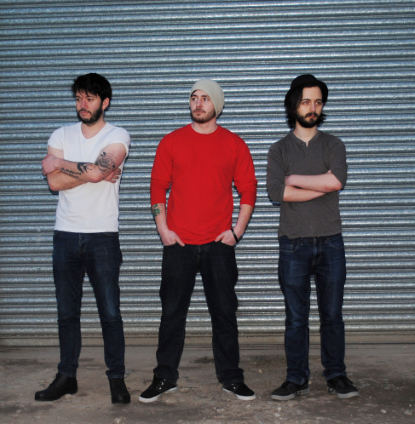 Edgy, Explosive, Exciting and Infectious are four words that can be used to describe rising Welsh alt-rock crew ‘Shot Of Hornets’. When listening to their blistering debut EP ‘Make Out A Picture’, landing Friday 1st July, you’ll soon see why.

Reared in Northern Wales, Shot Of Hornets harness a slew of influences stemming from the hard-hitting off-kilter etchings of early Biffy Clyro and At The Drive-In, to the engaging alternative rock sounds of Hundred Reasons and Fightstar. The live-wired trio have cultivated a riveting sound that is spiked with innovative riffs, peppered with contagious hooks and perfectly underpinned by powerhouse beats. 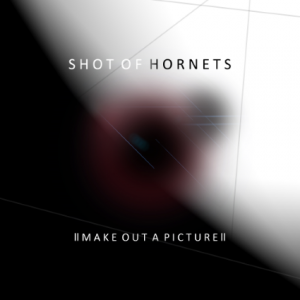 Formed last year and comprised of blood brothers Daniel (Guitar/Vocals) and Conor Cahalane (Drums/Lead Vocals) and newfound friend Charlie Farnham (Bass/Vocals), Shot Of Hornets push the envelope. This is evidenced by their leftfield and angular sound and by utilising a lead vocalist that is also the band’s full time drummer. With a budding reputation for serving up a fierce live show which has helped catapult them to the vanguard of the Welsh scene, the band are primed to strike out to the whole of the UK and beyond.

The threesome’s debut EP ‘Make Out A Picture’ wastes no time in contorting itself around your ears, beginning with the sheer brilliance of ‘Corrosive’, which deftly draws together edgy riffery, angular phrasing and an absolutely monstrous chorus. The intriguingly titled ‘Don’t Go Chasing Shadows, Arthur’ continues in this rich vein as it fuses pounding rhythms with another killer refrain. ‘Everything With Nothing’ pulls down the curtain for the record in supreme style, showcasing the band’s astute use of thoughtful dynamics to devastating effect. The North Wales newcomers have produced an EP that is destined to propel the band to the next level.