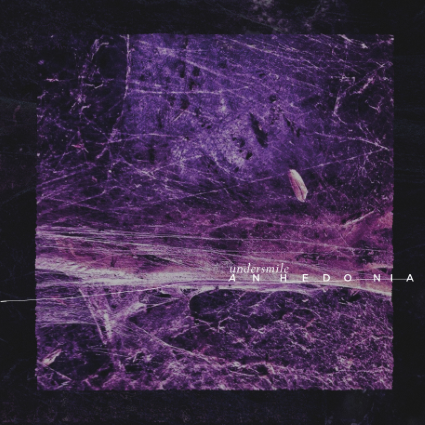 Oxford doomsters do away with the distortion – and add cellos.

Undersmile were one of the first signings to Conan singer Jon Davis’ new record label, Black Bow Records. The label is rapidly becoming the go-to place for – as you’d except from the Liverpudlian given his own bands recorded output – doom at the extreme outer edges of the genre. So it is that the Oxford quartet have been given the freedom, even by their standards to experiment here.

In many ways, this is the natural progression from their 2012 work “Narwhal” but it’s actually a lot more than that. Undersmile records used to be an exercise in sonic distortion, this one sees them widen things even further.

Amongst it’s seven tracks (clocking in at well over 70 minutes, which may give a hint as to the meanderings here) are a number of pieces, notably “Song Of Stones” which adds cellos from Jo Quail into the mix to huge affect.

There is still the gargantuan rumblings, of course, and “Atacama Sunburn” thumps in on a tidal wave of noise, but the droning effect of both dual vocalists Hel Sterne and Taz Corona-Brown, as well as the effects generated by Lee Riley match the line of “I’m tired by I swim on” as it feels like the you are drowning in the sound.

But what “Anhedonia” does very well and very frequently is disorientate. So it is that great huge swathes of discordant noise soon turn to almost Prog, labyrinthian structures. Nowhere is this better shown than on the closing “Knucklesucker” which begins with a kind of ethereal quality, before actually turning into arguably the heaviest thing here in patches.

Recorded at the Skyhammer Studios by Chris Fielding (Electric Wizzard amongst many others) and using their vintage equipment including fuzzboxes and other paraphernalia, this is an album that was evidently thought through to the last note.

“Anhedonia” is mesmerising and unsettling, but it is never less than compelling.