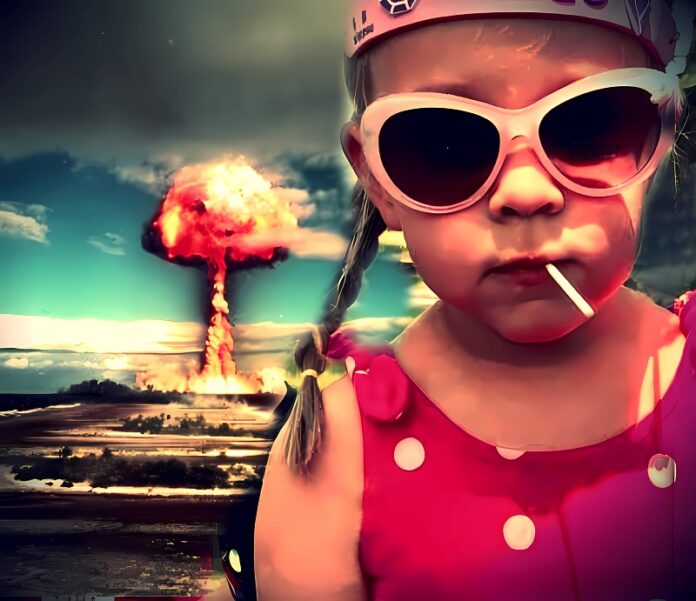 Ultrabomb are a punk trio made up of Greg Norton, once the driving force behind Hüsker Dü on bass, singer-guitarist Finny McConnell, who has spent thirty years as the frontman of the Canadian Irish folk-punk band The Mahones and drummer Jamie Oliver, having served well over fifteen years in British punk band UK Subs.

Ultrabomb formed in July 2021, and just two months later they travelled from their respective homes in the US, Canada, and the UK to record their debut album ‘Time To Burn’ in Berlin, Germany.

The album opens with title track `Time To Burn` with a thumping drum beat and blistering guitar riffs which races along, a quite melodic offering with shouts of “hey hey” that will have an audience screaming and punching the air with their fists. A quite anthemic piece that seems to relate to the frustration of convincing a friend or partner to see the truth before time runs out. We are eased into `Fear Your Gods` with the resonance of an iron fist in a velvet glove. It begins with a tapped drum rim beat before sprinting off at 100mph and at the point of almost no return it slows, only to gather pace again and off we go along a blistering journey. This number seemed to hint at the power of religion or maybe some spiritual being and what the possible outcomes could be regarding blind faith.

To me `Star` is the standout track on the album. I really loved this track and it`s kind of melodic Husker Du `Don`t Wanna Know If You Are Lonely` feel. It`s a rousing, emotive song written for Greg Norton’s daughter, Coco. He shares “I dedicate this to my daughter, Coco,” “She inspires me every day. I wrote this for her. I want her to follow her dreams, and I feel she can accomplish anything if she is committed to it and puts her heart into it.” I kept playing this number on repeat and was almost reluctant to move on. I felt `I Can Make It` starts moving along like getting on a roller coaster as it builds then wheeeeeeey. It`s a no-nonsense punk thrash out with lyrics that are quite deep and seem to urge us to question our time here and what it all means.

`Feels` is quite an intricate number that teases that it`s gonna take off but doesn`t but still retains that sense of anticipation. It seemed to tackle life issues but I was more struck with it`s quite spellbinding musicality. Hey, I might get strung up for saying this but I thought the guitar chord riff in `‘Stickman Vs. Hangman’ had the feel of early The Edge from U2 . A submission that is wonderfully fast paced, a sort of brutal all-out assault.

We have pounding drums leading us through `Faded Way` which I found quite hypnotic. It really sucked you in with its wah wah guitar riff and threatening bass line. A musing on how we interpret or remember world events long after they have happened.  We have just under three minutes of pounding grinding punk pleasure with `Bang Punk` which takes no prisoners on route.

`Super Hero Shit` is nigh on what I’d call a driving song with its churning, grinding throbbing beat. A kind of daydream reflection on life. We have a number in `Like The Wind` that is laid back but intense initially then races off thrashing about and knocking over all that falls in its way. An observation on being fed information that`s more likely to keep us all in line.

This release closes out with `Sonic Reducer` a grinding, pounding, thumping composition which becomes a quite stunning wall of controlled noise.

I have to say I loved this album and kept playing it on repeat. Ironically, I got to see the bands of each respective member once and as these guys are in the UK in late June / early July I can`t wait to experience these tracks in a live setting.

As Ultrabomb suggest, purchase this album and `Let It Burn` into your soul.