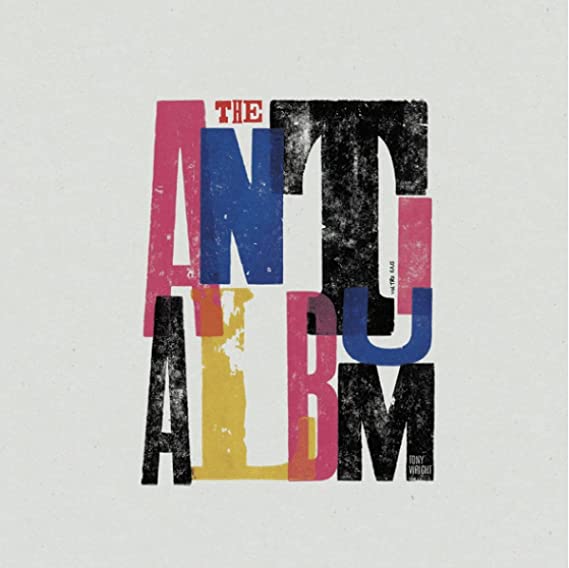 As Mott The Hoople observed, it is a mighty long way down rock n roll. And my goodness, its an arduous journey too not from Liverpool Docks to the Hollywood Bowl but from “Whales And Dolphins” to “Why does the sun have to rise on the horizon, doesn’t it know I’ve already got enough on? Is it just to tease me, and to mock me?” That’s more than just the first line on the album, its the one which gives “Sleep” its momentum.

It was 26 years ago that Terrorvision released “Perseverance” (I know that because the first place I drove on my own after getting my first car was to buy the single) and they still finish their gigs with it. They are still “shit ‘ot” too. One of the most enduring rock bands on these shores. Still one of my favourites. And, as much as I apologise to their singer Tony Wright for bringing them up in the first paragraph, on this occasion there’s no choice. “The Anti-Album” is a world away from the happy-go-lucky, cheeky scamps with the choruses. At least on the surface. We’ll get to the layers.

For a start, this is the rawest of his solo endeavours. More Amigo The Devil than friendly rock n roll, it is quite brilliant too, by the way. It just takes a while to get used to. This is our Tone, after all. The bloke we thought was our mate when he was on Top of The Pops and about the only thing that made Never Mind The Buzzcocks worth watching once Mark Lamarr had left.

So to start with, you want to give him a cuddle, buy him a pint and generally tell him everything will be ok. But delve deeper on the absolute bleakness of “Nothing To Write Home About” for example, and he’s still there. His missus has left so he’s gone to Ibiza to watch “Metallica and Bieber” and there’s a rhyme about Alexa and Google that no one else would try.

It’s just this is so desolate. “Got It Wrong” is a classic blues thing. The sort of thing that the protagonist was always called “Blind Willie”, and there’s folk singers the world over that would kill for the quality of “Buried You Deeper”, the aging process, memories, all of those things that make us, us, they are all here. And all laid bare.

“Dreaming I’m In Love” not only acts as the centrepiece of the album, but feels like its anthem too. The sort of track that only a bloke could write: “a problem shared was a trouble doubled” he utters, with a sort of “who cares, its all her fault” air.

Just occasionally, though, that acerbic wit is there. “Heaven” gets bluesy just so it can have a selfie with God, “Hearts And Minds” wrestles with its regrets and I am willing to bet that it was written at 3.23am in the morning and Wright hadn’t had been asleep before, and there’s no let up before the end. Sort of.

“Cannonball” seems to suggest that he deserves all he gets because he’s got “shit hair, and shit teeth”. It also concludes that “it’s because I’m short and got big feet”, while the last one is proof that life comes at you fast. Centred around getting a telegram from the queen, it faces mortality head on. Wonderfully. Essentially, by taking drugs, smoking, drinking and shagging as long as you can. Which pretty much sounds like most of the Royal Family, to be fair.

It’s typical of “The Anti-Album” though. In that it’s superb, bleak, funny and nothing like you’d expect. If you never had Tony Wright down as one of the great troubadours, then think again. This nails the human condition as well as anything will in 2022, it just does it in a way no one else would think of. So maybe its not as big a change as it seems, then. Persevere with this (sorry!) and there’s rich reward.