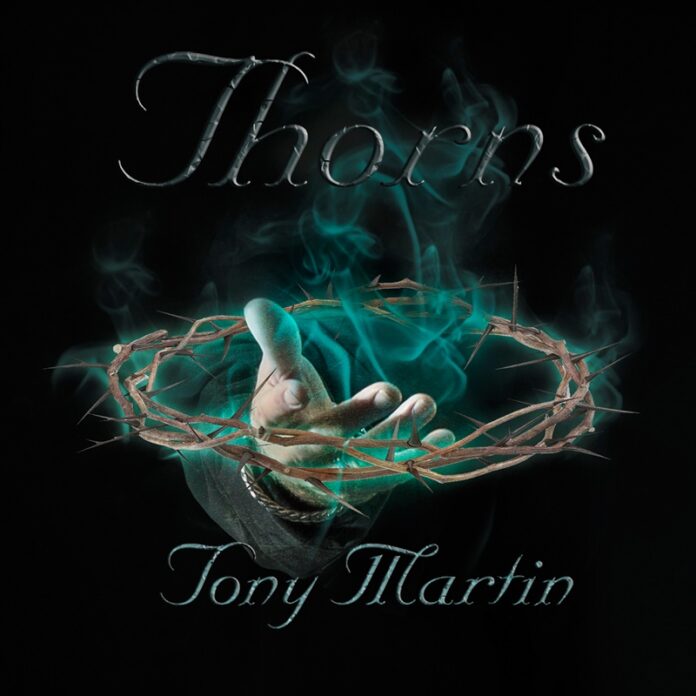 You do, sometimes have to wonder why?

It’s a thought that Tony Martin has on the acoustic blues of “This Is Your Damnation” towards the end of “Thorns”. “Why Terrorism? “Why Covid?” “Why AIDS?” he questions – and that’s laudable. It does render my “why” as being a bit trivial, too, but here it is: “Why hasn’t Tony Martin released anything for 15 years?”

One listen to the utterly thunderous opening to “As The World Burns” – less a starting point as a absolute statement – and you’ll be asking it too. He does, of course, have one of the great metal voices (you don’t get to be singer in Sabbath twice if you can’t sing) but its more than that Here, he sounds reborn.

He credits Scott McClellan with helping in that regard. The largely unknown guitarist (another former Sabbath singer was pretty good at finding them, right?) is in stunning form. Listen to the heavy and dark “Black Window Angel” and you are listening to a metal masterclass. If he ever plays these live (and MV hasn’t seen him since 2012) then this one is in the set for sure. It’s got a bass solo in it already.

There’s an almost casual epic feel to these. Nothing is forced (indeed the man himself reckons this is the ‘most Tony Martin that a Tony Martin record has ever sounded’) and instead natural. “Book Of Shadows” is a perfect example of how it veers close to power metal, without the excess. Drummer Danny Needham (Venom) is perfect for this too.

There’s a clutch of them that build slowly with acoustics before moving off into their own tangents. The first of them is “Crying Wolf” which sounds rather more of a threat than you imagine. “Damned By You” even has a saxophone – and there’s not many metal bands that try that. Certainly not, as I recall, Deep Purple, with whom this has more than a few similarities.

“No Shame” lets the album down just a touch, to be frank. A sleazy boogie, it sticks out a bit, which it’s probably meant too. That said, it has lyrics that belong on a Faster Pussycat record from 1986.

All the more odd then, given that the rest of the album is so clever and downright brilliant. “Nowhere To Fly” is a ballad like no other, “Passion Killer” grooves and with a genuine intent, and there’s something a little sinister in the thrash overtones of “Run Like The Devil”.

That erudite theme continues to the end. “…Damnation” (which is where we came in, as it were) juxtaposes good and evil beautifully,  before the title track, with its lighter, reflective tones, provides perhaps the best moment, as it tries to navigate the confusion. “The scars she carries like a lucky charm” seems perhaps to be apt for the girl in the song, trying to forget the past to forge her future – and therein is perhaps the key to all the questions.

Whatever the answers, the hope is this: That Tony Martin doesn’t leave it 15 years next time. He’s too good to have nothing to say. “Thorns” is your proof.