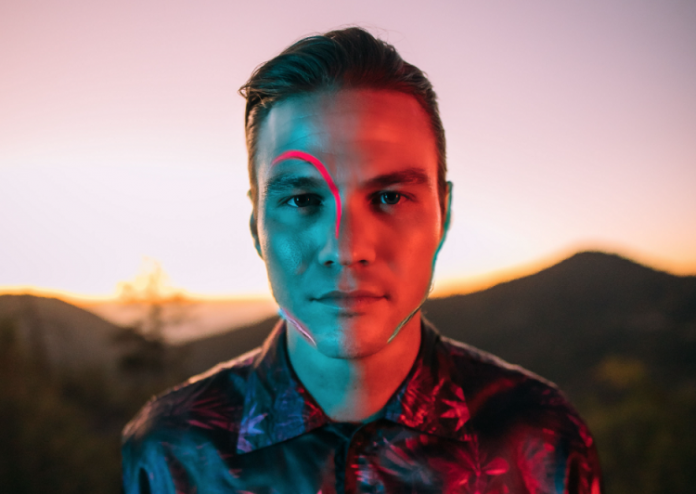 I get sent all sorts of weird and wonderful stuff and when Tilian arrived I had a quick listen thought that sounds ok but was clueless as to who he was. The wonders of modern technology soon rectified that. I found that Tilian Pearson is from the Sunshine State of Florida and since 2012 he has been the clean vocalist in post-hardcore band Dance Gavin Dance and was previously lead vocalist and guitarist in a progressive rock outfit called Tides Of Man. Tilian has a new solo album out this month called `Factory Reset` which is his fourth which he began writing just a few weeks after the pandemic forced California, where he`s based into lockdown.

The album opens with `Holy Water` and it`s a difficult number to pigeonhole. It begins with vocals shared over an intricate guitar chord structure before pounding drums join and the singer`s vocals take on a delightful alto-tenor texture similar to Yes singer Jon Anderson. It then drifts in and out with some quite progressive or Math rock elements making it a truly captivating listen. There was a more electro pop rock feel to `Dose` which reminded me of some of the stuff that Adam Young produced with his Owl City project. Again, we enjoy some cracking guitar chords on this number that seems to relate to a struggling relationship.

`Caught In the Carousel` is a quite upbeat pop chorale where the lyrics are rapidly shared as the song moves along relaying a tale of the narrator`s feelings of almost low self-esteem. There`s a further dance pop come synth track with `Anthem` which has what sound like hand claps throughout and lyrics that seem to encourage living in the moment.

`Breathe` has a quite enthralling synth pulse running throughout with vocals that really complement the hypnotic feel on this short composition. We have a quite loud and brash offering which seems to go against the title of `All I Crave Is Peace`. It does enjoy some quieter moments with a rolling drum and vocal before taking a more robust curve with some thumping guitar riffs.

`Is Anarchy A Good Hobby` is a much slower paced submission that seems to relate to the calm after the storm rather than before. We have a sort of spoken word type of rap midway through with synth and drum providing a quite unerring unsettling feel to this piece. Title track `Factory Reset` has elements of rap and hip hop at times throughout this brief outing relating to restoring things to the way they were before this crisis set it.

`Imagination` seems to cover the whole spectrum of Indie pop, soul pop, dance pop and electro pop, a number that is best to just sit back and let flow over and around you. If there is a song that will make you feel a little more optimistic about life it`s `Act Out` an energetic upbeat slice of positivity.

The album closes with `Hands Around My Throat` which is a much more rock orientated outing and allows the singer to really let go and demonstrate his expressive vocal quality and ability.

`Factory Reset` has some really interesting stuff throughout and Tillian has stated that he was searching for meaning in isolation and found it in creating this album.

He wrote, recorded, and produced the album himself, remotely bringing in drummer and regular collaborator Kris Crummett to support.

Tilian has a thoroughly unique vocal pitch and range and uses it to the limit on the rich and varied genre of styles throughout this release. There`s something here for everybody to enjoy.

Previous article
BAND OF THE DAY: MISFIRE
Next article
YES, A MOMENT