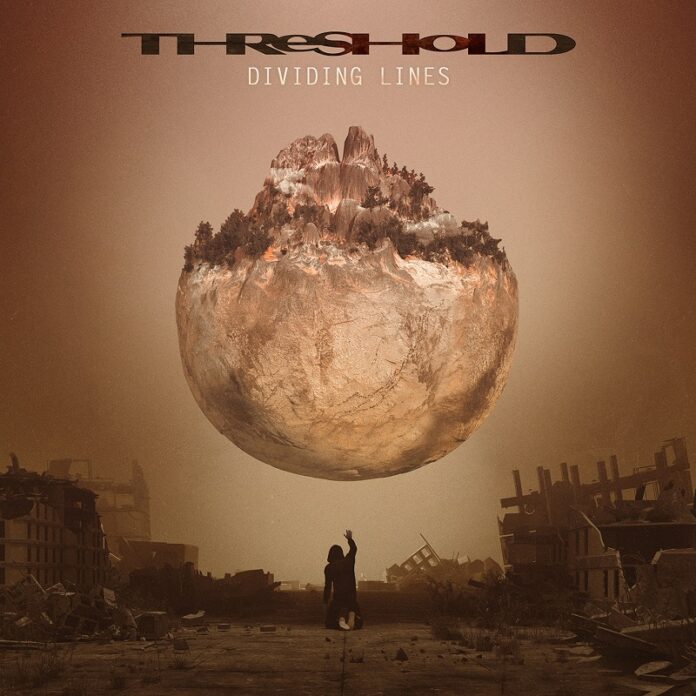 Back in the summer, Threshold announced their return. It had been five years since “Legends of the Shires”, and there had been a lot to reflect on in that time.

The song they re-announced themselves with was “Silenced”. A touch of Marillion, but with a darker edge, that’s the first thing you noticed. Then the words: The opening line: “Silenced, a million spoken voices/Their choices stolen without violence”.

This is Threshold in much angrier mood than they’ve ever been before.

Keyboard player Richard West reasoned the song was about the eradication of freedom of speech, and added “when freedom of speech goes, so does society”. From my standpoint, everything this vile government and its vile supporters has done since 2020 has been to reduce our rights, from the lockdown measures to the Policing bill, its all been designed to make us more subservient.

Of course, you don’t have to believe my Orwellian view, or anything Threshold say, either, but the mere debate proves two things, doesn’t it? First, that the album has done its work and stimulated thinking, but also, this is not quite your “normal” (if such a thing exists) Prog Metal record.

It is crystal clear from the kick off of “Haunted” –  with its claustrophobic feel – that the flavours here are dystopian. “Lost faith in the human race, lost faith in the ever after” is a striking first line and it’s a bewildering assault on the senses.

Indeed, there’s an almost industrial, clinical, robotic feel to the soundscapes here. “Hall Of Echoes” is a perfect example of this. Because in amongst it, there’s a chorus that won’t let go. This would be – in some parallel universe – be an arena rock song.

And ok, all Threshold songs sound huge, but “Dividing Lines” works somewhere beyond that. Karl Groom is a wonderful (and perhaps underrated?) guitarist, but few could touch his work on “Let It Burn”. There are Power Metal bands the world over that would kill for this level of grandiosity, it’s sensational.

Right in the middle – appropriate seeing as it is the centrepiece of it all – is “The Domino Effect” – 11 minutes of slow-building, undulating gloriousness, that is part Dream Theater groove, part English Prog, but is the perfect example of why Threshold are a band to fall in love with.

“Complex” comes from the heavier end of what they do, and its energy comes from the drums of Johanne James, and when he combines with West at the beginning of “King Of Nothing” we get an insight into why this album is so formidable. The music here is perhaps akin to the modern proggers, Periphery, Tesseract and the likes, but where they lose me a little with the harsh vocals, then the fact Wilson sings is what makes this so good.

A number of these sound cinematic to start, as if trying to disorientate. “Lost Along The Way” pulls off the trick quite neatly, and eventually ends up being one of the most genteel, while “Run” is almost a ballad, but it comes with an air of confusion.

“Defence Condition” is almost a mini-series on its own. A mighty thing, it only gets made if a band is on top of its game. That’s how the whole thing feels, “Dividing Lines” takes a look at our fractured, splintered society and doesn’t like what it sees. It offers no answers, maybe there aren’t any? But it poses the questions brilliantly.

Threshold’s 12th album is arguably one of their best. It assuredly underlines their position as the best band of their type on these shores.