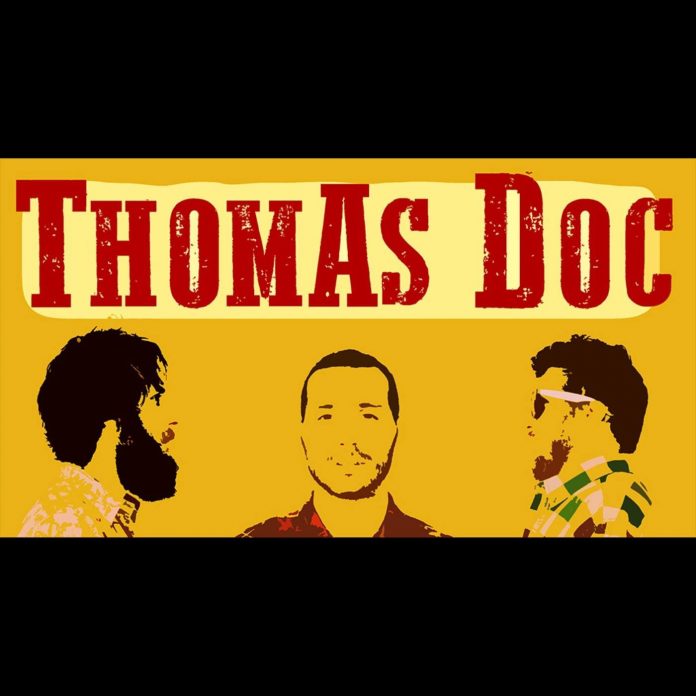 Beautiful simplicity sometimes just can’t be argued with. All the prog rock in the world is fantastic in its place. There are times, though, when you just need a riff and something primal.

Thomas Doc are a trio from Scilly who deliver that aesthetic in spades. They sent a video documentary with this release with their influences and a whole host of cool things on, but when it all comes down to it there’s no point in trying to complicate matters. This four tracker is viscerally exciting and that’s all you need to know.

This four tracker is rather pleasantly pitched somewhere in between Delta Blues and riff driven heavy rock, theres a pulsing, hypnotic quality about “Don’t Change Your Mind” and an admirable hook to go with it, while “Grow” is even more bluesy and would, you imagine, sound superb live. The acoustic riff at the start from Marco Mezzatesta suckers you in, and the suspicion abounds throughout that the song would like to break the shackles and just cut loose.

“Let Me In” showcases a more psych rock, slinky side – at least initially. Before too long it’s an absolute slammer and perhaps the heaviest thing here as the rhythm section of bass player Quarolli and drummer Dario Trigilia really come in to their own.

By now the boys are truly finding their feet and the closing “Mr Blagdon” is the best thing here by a long way. It’s riffs, it’s crunch, the passion in the vocals, it’s all here.

It’ll be interesting to see if Thomas Doc can really stamp their mark on the crowded bluesy rock scene and make a really telling full-length record. For now though, this is a fine start. There’s no doubting Thomas at this stage, you might say.

Previous article
Like Shvpes That Pass In The Night
Next article
Featured Release: Vorna: No Light Follows Me