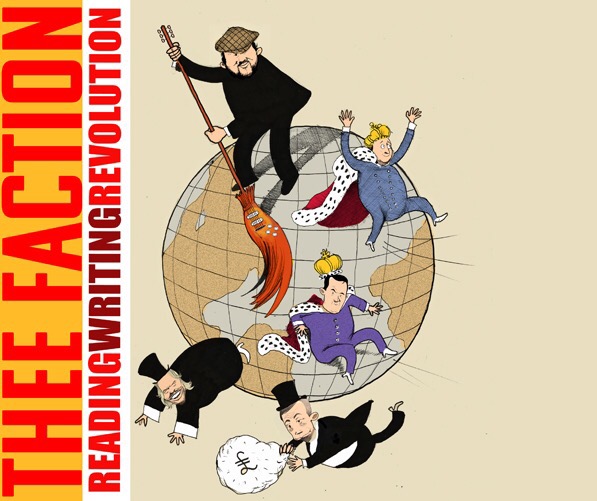 Refusing to let the bastards grind them down for thirty years.

In a couple of weeks the UK goes to the polls. The standard of debate in the election campaign so far has been facile at best and downright ridiculous at worse (yes Michael Fallon that means you, and shame on you Ed Milliband for joining in with the nonsense too). The leaders debates have pushed us further down the road of making politicians celebrities and TV personalities (anyone who cares how much X or Y sweated under the lights should be banned from voting) and then, even when we do vote on May 7th, we will all get a government we don’t actually wants due to the hung parliament that everyone knows is coming.

This malaise is thrown into sharp focus by the opening line of this album. “Let’s start with a definition of war” says “Know Your Enemy.” War, it concludes, “is when your government decides who you fear and insists on it with laws.” Thus raising the level of discourse by about a 100 times from who is going to inflict more austerity on us and in what way they will do it, before some casual vilification of immigrants.

Listening to the vast array of styles this collective of comrades uses throughout you are struck by the fact it bares a kind of scrutiny with Billy Bragg’s “Don’t Try This At Home” in its scope, although even Billy never outright rock n roll quite as well as “(You Got The) Numbers (Why Don’t You Use It?) The title track actually borrows a bar room bogie opening from the Georgia Satellites and “Rent Strike” is brilliantly rabble rousing almost ska punk, “Bastards” ditches the ska and just gets brilliantly snotty.

There are trio of songs here that should form the playlist for every bit of activism. “Socialism: Utopian And Scientific” and “Police State” are self-explanatory, while the stunning “Strictly Come Marching” contains best political commentary so far in 2015: “Freedom Never happened at the ballot/if you can move a few metres you can run the gamut.” Beat that Paxman.

This band should be celebrating their thirtieth anniversary, but as the press release that came with the cd points out, “that would be too bourgeois.” So allow us to bestow a better – we hope – honour on them. Let’s instead campaign for “Reading, Writing, Revolution”  to be added to the national curriculum in schools. That’s a legacy worth campaigning for.

The final word should belong to Thee Faction themselves on “Equality” the spoken word piece says: “build democratic socialism where you are today. We’ve got to have some equality.” No one has said anything more sensible in years.