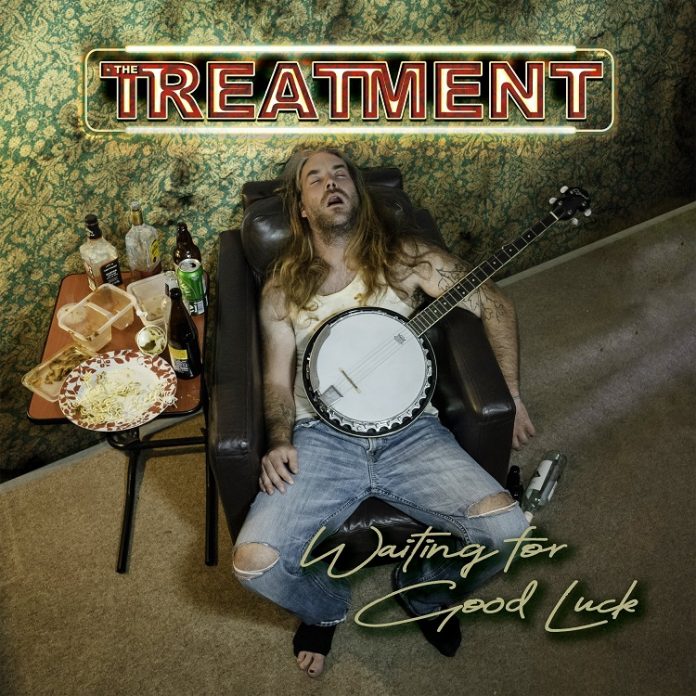 More years ago than I care to remember, I was in Nuneaton one Friday night with our very own Damian, my brother and his girlfriend. We were there to watch a gig that Classic Rock were putting on to celebrate – if I recall correctly – their short lived record label. A four band bill, it was opened by The Treatment. A young band from Cambridge. They were very good, no argument. I bought their debut album that night.

Fast forward Lord knows how many years and the girlfriend is now my sister-in-law, and me and Damian are musical sad arses.

The point I am making here is The Treatment are no longer a “young band from Cambridge”, they are a rock band. They’ve been doing this so many years that they might well be getting to “classic rock” status themselves.

Still centred around core members Dhani Mansworth (his dad co-produces) and the Grey’s, Tagore and Tao, The band have been basically making the same type of records for a decade.

There’s a sense of urgency about this one, almost as if they understand its importance. “Rat Race” ushers itself in with no intro, and promptly sounds like some Fens version of Airbourne. Tom Rampton (this is second go with the band) is a proper rock vocalist too.

This isn’t being anything its not, either.  I saw the band in the early days supporting Quo and Thin Lizzy and you can see why, to be fair, “Take It Or Leave It” has an early Thunder vibe and is one of the best things here.

“Lighting In A Bottle” is a bit of a groover and if it feels like they are pulling out all the stops here then its worth pointing out that Kevin Shirley (Black Country Communion, Joe Bonamassa and many, many more) is the other one at the helm.

If the phrase “it knows what it wants to be” sounds like you are damning the album with faint praise, then its not. It’s just literally, “Vampress” doesn’t need telling it sounds like AC/DC, and the likes of “Eyes On You” and “No Way Home” add more blues edge, but all of it is infused with a hard rock, and not – if we are honest – an especially dangerous one.

That’s not to say its bad, either, in fact, this is perhaps the heaviest, most guitar driven album they’ve done. “Devil In The Detail” is a showcase for the Grey’s and new bass player Andy Milburn to show his talents, and but even here – a more mid paced one – sounds a bit like Bonafide.

“Hold Fire” is frankly a bit silly “she looked so pretty my jeans went tight” and “we all love a fight on a Saturday night” really? In 2021? They are capable of better. “Barman” is just that, a proper wit here, more The Kinks than the Inbetweeners, you might say.

“Lets Make Money” does the quasi Angus thing again, but the twin guitar chug of “Wrong Way” is much more like it, and you hope they write more like it on album number 6.

But its number five that concerns us here and “Waiting for Good Luck” is fun – all their records have been – it’s polished and it sounds amazing. Whether it has the killer tune they’ve been searching for since 2011 it seems, is open to question.

Previous article
ROPE A POPE
Next article
ARTIST OF THE DAY: DAVE DALTON