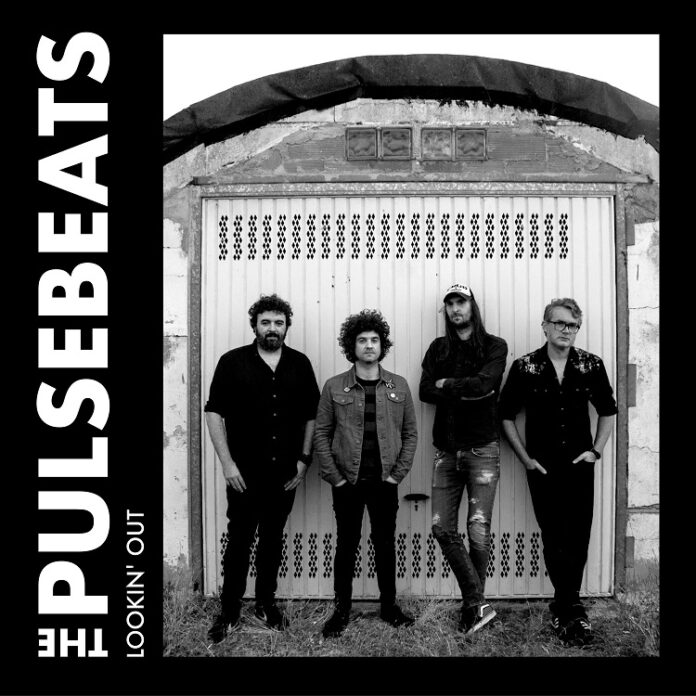 Regular readers will know that I love a good FFO.

An FFO, for those who don’t know, is “for fans of” and it tells people what to expect.  Like, if it says “ffo The Smiths, Morrisey” it gets deleted without further ado.

The one for The Pulsebeats, was ace, it said this: FFO. The Buzzcocks, The Undertones, Stiff Little Fingers, Graham Coxon, The Nerves, The Clash, Imperial State Electric.

This is the type of mixed bag we enjoy. The Undertones are cool, SLF are the finest punk band in the world (I’ll accept no arguments on this), I don’t know The Nerves, Graham Coxon was in Blur and is a tory prick, so sod him and Imperial State Electric have Nicke Andersson in, so lets go.

And lets go, actually is what the album does. It’s like someone has fired a starting gun and away we ride.

The Pulsebeats are from Spain (or at least I assume the fact they are from Santander means that or maybe they just robbed a bank in an effort to stop those ridiculous adverts with Ant And Dec), but the frontman and guitarist, Nathan Whittle is a journalist for Louder Than War.

Not only does he bring the lipcurl, somewhere in between Elvis Costello and Joe Strummer, he must have the fastest hands in the west. Riffs come and go and solos flash by in a blur. “Spinning Revolver on my own” sings Whittle, like he’s been sniffing glue all afternoon before he concludes “maybe rock n roll’s too good for me….”

He’d know, as the student he so certainly is, that it isn’t. Those Undertones comparisons? All over the power pop sugar rush of “Mathilda’s Rifle”. Not so much “waltzing Mathilda” as a full on pogo.

“(She Sings Like) Joey Ramone” is just a glorious explosion of punk, but “Lookin’ Out” isn’t full on punk record. Not really. I mean, as much as “Reason To Believe” wishes it was 1977 still, there’s a innocence about “Burn The Guy” (notwithstanding the opening line about “he’s got a rocket in his pocket”) that is more 1950s and the greasers racing down the street in hotrods circa American Graffiti.

Indeed, there’s a feeling throughout this that it wants to hark back to some golden age that may or may not have existed. “241529” and the more jangly, almost Blondie licks of “Life As A Movie” merely reinforce this fact.

The band are tight as a pair of 80s Wranglers, though. There’s a bit of 90s Scandi punk about the riotous sounding “In The Picture” and “Cover Girl” might resonate with a) anyone who’s first “proper” single was “Centerfold” or b) anyone that has had an unrequited love affair with Kylie Minogue for over 35 years (both are probably just me).

There’s a bit of a Rocket from The Crypt strut about “Hot Glue It” and you are struck by how timeless this is. It’s the sort of thing that would have been on a Kerrang! Sexi Flexi back in the day, and which we’d have bought the very next day.

And even better, there’s no letting up. Whether its on the indie tinged “Lookin’ Out” – so Libertines you kind of think Pete Doherty might be doing backing vocals – or the melody, quasi ska punk shuffle of “Heart Attack” (which will have you singing “got a deathwish” as if it was the cheeriest thing on the planet) or the closing “Coma State” which single handedly appears to revive pop-punk, this just has an energy that you cannot resist. And even if you could, it will get you in the end.

Bassist Alejandro Santos, guitarist Luis Ibañez, and drummer Ral Garcia have got something special with this collection. You might want to check their blood pressure such is the speed its played with – but more importantly, check your pulse if “Lookin’ Out” doesn’t stir something inside. Or just FO (that might mean something different, I guess).