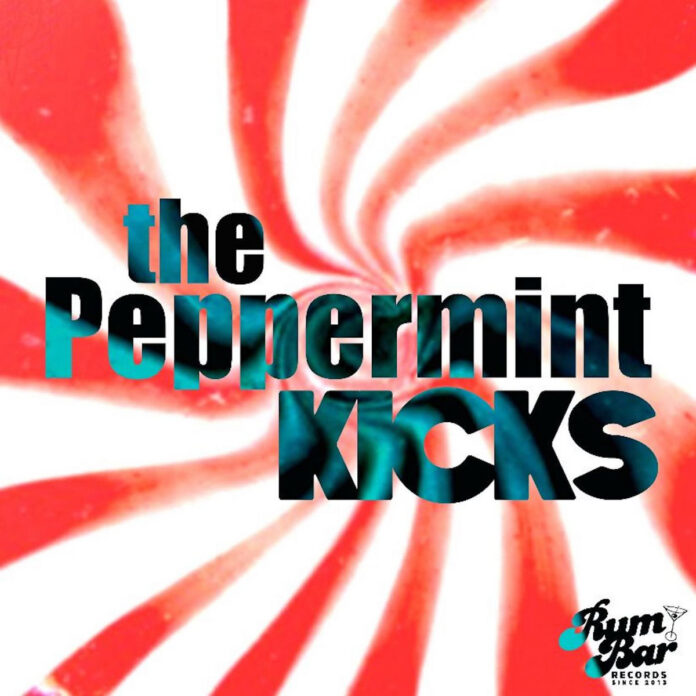 First: a disclaimer. I am typing this review whilst wearing a Mott The Hoople t-shirt that I bought a few years back when I saw the band for the second time. That matters in the case of The Peppermint Kicks, and it makes me absolutely the target market for this here shizzle.

It’s the chorus for the opening song here, “When Rock N Roll Met Your Dad”, a nostalgic look at the sounds of the 1970s – one too, I am guessing, from a couple of blokes my age who love these sounds as much as me.

That chorus came on in the middle of the night, when its just me and my headphones. The way I like it and it set me thinking. Have I ever been angry at rock n roll? Nope. Never, have you? And moreover, whatever has happened in my life, rock n roll has never let me down. It’s like family. Except family sometimes annoys me.

And, who are the sages that made me think about music with this level of philosophy at 1am on Christmas Eve? Well, Dan Kopko from Watts (MV faves, check em out) and Sal Baglio of many bands by Amplifier Heads will do for now). The pair are veterans of the scene in Boston and according to them, the Ghost of Little Richard came down in 2020 and told them to get this union going.

Whatever. This genius is all them, sorry boys.

“Hey Fanzine” is pure power pop to “save me from a whitebread world” and it reels off the fanzines of the glam era. I also had to laugh at the “dress like chicks, and still look sick in drag” line. My dad went to a record shop in his lunch break once, armed with my pocket money, to buy the first Poison album, only to genuinely say when he got home “I didn’t know they were all women….” That type of reminiscing is the point.

“Don’t Hear The Single” reckons rock n roll is “pointless” in a harmony drenched way that suggests nothing is further from the truth. “Strawberry Girls”, I am sure we can all agree, is perhaps the most ELO thing Jeff Lynne never wrote, right?

“Shag 72” – which couldn’t sound more like Ian Hunter if it tried – features a proper lead break, played with such glee, “Johnny D (Play It Again)” changes it up a little, making something of a classic rocker (Watts fans get here first), while “Stooge” starts with a riff that makes it sound like the Georgia Satellites are in the damn house, and the hook sounds like a rider instruction: Its not loud enough, it taunts. You heard them.

This is just infectious. Simple as that. “The Morning Girls” boasts a hook you won’t shift and if you like boogie, then “Roxetta Jones” is here to save you – and there’s a bloke called Richard Penniman who is Wop bop a loo bop a lop ba ba-ing along, somewhere.

The last one might actually be the best. “Rock N Roll Rampage” is for all the kids everywhere who ever loved arena rock and all its excesses, successes and things you never heard.

“Peppermint Kicks” is for all the kids who’s first single was J. Geils Band “Centerfold” when they were six years old and never left. Ok, that’s just me, but I did say I was the target market. You can enjoy it too.