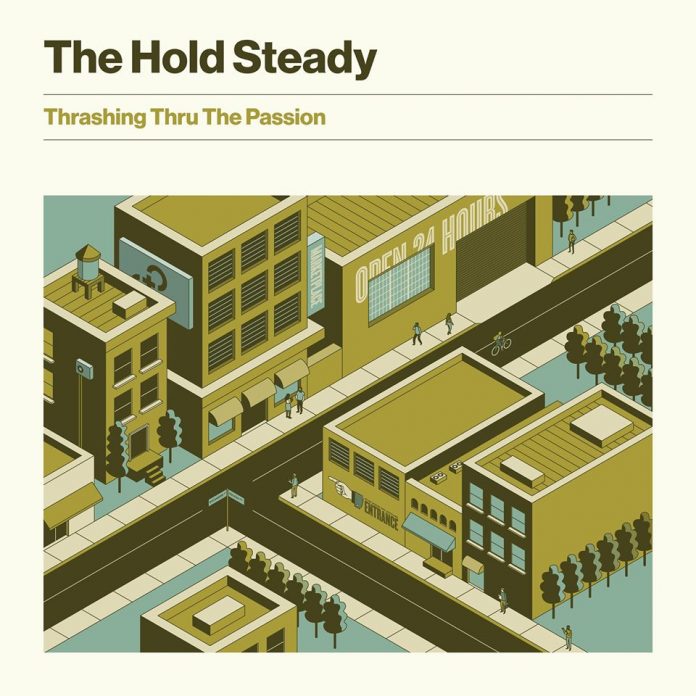 Call me a cynical soul if you like, but I never trust hyperbole.

Especially when it is from the mouth of a rock n roll band.

Somewhere, I’ll guarantee, there’s an interview with Axl Rose from before “Chinese Democracy” came out. And I’ll bet he said something like: “yeah, this is the best thing I’ve ever done.”

Now, I’d seen Craig Finn – the genius behind The Hold Steady – in the run up to their London Weekender in the Spring, and he said that the band had never sounded better. Ok, you can roll your eyes if you like, but this is The Hold Steady. They don’t sound like anyone else for one thing, and when you’ve got a body of work like theirs, his opinion sort of demands respect.

Then, one Saturday in March, I saw them. I saw the second of those Weekender gigs. I have been going to concerts since 1991. That night is right in the top ten of all time. The boy Finn, you know, he’s got a point.

Two disclaimers are due at this juncture: 1) The Hold Steady are one of my favourite bands. There’s no point in denying. 2) The first time I heard THS, I didn’t like them.

A mate of mine handed me a CD about 15 years ago. “I love these,” he said. “Meh” said me. Or words to that affect anyway, and it wasn’t till a year or so after that I got it, and with THS, if you get it, you really get it.

Here’s a test. If you think the line “Wherever he goes, he always orders the usual. He likes to see what they’ll bring him” is one of the great pieces of poetry, this is the band for you.

That gem is on the first song here, “Denver Haircut”, on which they bottle what you might like to call the “classic” Hold Steady sound. Lyrics that refer to Metallica – twice – and a six-piece band all playing something disparate, yet coming up with something perfect.

“Epaulets” (and at the risk of sounding stupid I had to Google what the word meant….) adds some “doo-wop” backing vocals just for fun and keyboards man, Franz Nicolay (making his return to studio work with the band) excels.

“You Did Good, Kid” begins with drums and glockenspiel and you don’t know how it works, it just does. The words, too, are clever, and ok, as much as I rail against those lazy Springsteen comparisons that people trot out when talking about the band, I’ll embrace them on “Traditional Village”.

“Blackout Sam” is something closer to Finn’s solo work, but its end of the night soul flavour is lugubriously brilliant. “Entitlement Crew”  – one of the new tunes that were played back in the Spring – has rehashed their “Your Little Hoodrat Friend” era work, and really, does anyone do these tales of people watching better?

“T Shirt Tux” does bluesy garage rock, but entirely in keeping with the style of the band, while “Star 18” rhymes “caught in a mosh” with “Peter Tosh” which would be good enough to get a Nobel Prize for literature if I had my way. More pertinently, it sounds like it should have been on the Pkew Pkew Pkew album “Optimal Lifestyles” – but who influenced who here is a kind of moot point.

“Stove And The Toaster” does the thing Tad Kubler often does and rips a solo out of nowhere, while it also tells half a story and allows you to fill in the blanks, and the chugging, horn-drenched “Confusion In The Marketplace” lives and dies on its metronomic drums as Bobby Drake takes centre stage. It is also catchier than it has any right to be.

So, was Finn right? Does the band sound better than ever? Look, “Thrashing Thru The Passion” is stunning, it really is. It’s as simple as this really. If you like a band that doesn’t sound like any other, but still understands rock and punk history, then The Hold Steady are right here. This is their first record for five years, but it’s their best in a lot longer than that. And, if you like, you can believe that.