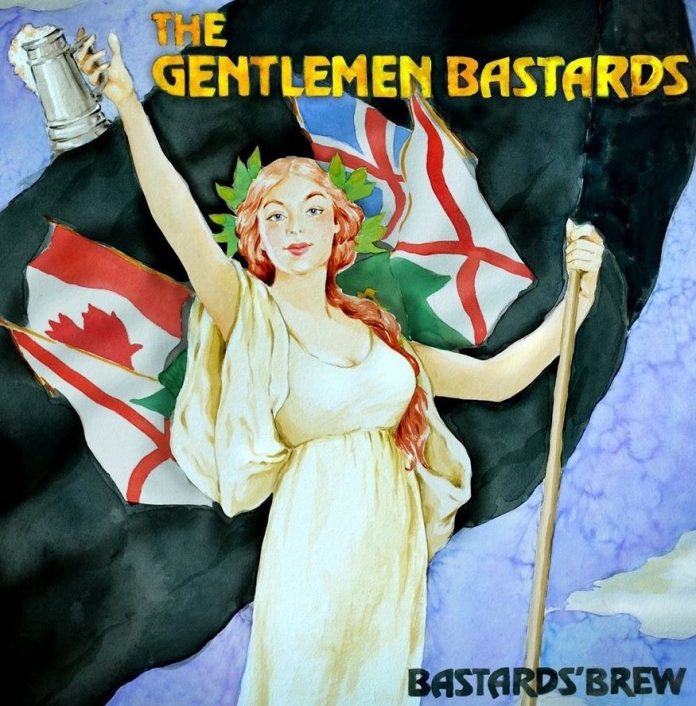 Two Americans, a Canadian and an Icelander walk into a recording studio….


It sounds like the start of a joke – probably not a good one – but it’s not. It’s basically what happens when Alabama’s The Gentlemen Bastards make a record.

“…..Brew” is this League Of Nations, who formed off the back of an ad on Craigslist, second stab at it. Their first one was good enough to see them bag support slots with the likes of the magnificent The Midnight Ghost Train, this, however, is so good that it might even propel them into the big leagues themselves.

Eight tracks. Waaayyyy more riffs than that as much attitude as can possibly shake your Marshall stack at, and 35 minutes of what amounts to nothing more than fuzzed up glory.

You kind of expected it when the opening strains of “Mad” hit you. Imagine Josh Homme at his most catchy and pulsing, this doesn’t trim off the fat, as come out like a lean, mean fighting machine to start with.

“Coitus Asteroidus” doesn’t just have the best title of the year, it brings a groove that Clutch or Orange Goblin (the two gods of this type of thing) would be proud of as well as being – albeit in the face of some stiff competition – just about the best thing here.

There’s nothing here that outstays it’s welcome and there’s nothing here not to like. A lot. “Bat Bait” flies in on the back of yet another strident, confident riff (and guitarist Bill does seem to toss them out like confetti) and dammit if “Reckoning” doesn’t swagger into the bar, and come in swinging anyone that doubts it.

“Bastards Brew” also finds room to take the odd chance too. “Skuggi” wanders around a little like Alice In Chains, while its companion piece “Umbra” (with which it shares some lyrics) is an almost punk whirlwind.

The album finds itself back in what we might call it’s comfort zone before the end, “Speakeasy” is fuzzy and superb, while “Bastard Boogie” is just that and roars in on the back of one last wall of guitar, as The Gentlemen Bastards prove they’ve pretty much got this heavy bluesy thing nailed.

A marvellous record, and you’d imagine they’d be phenomenal live too. These Bastards can legitimately say they’ve come of age.