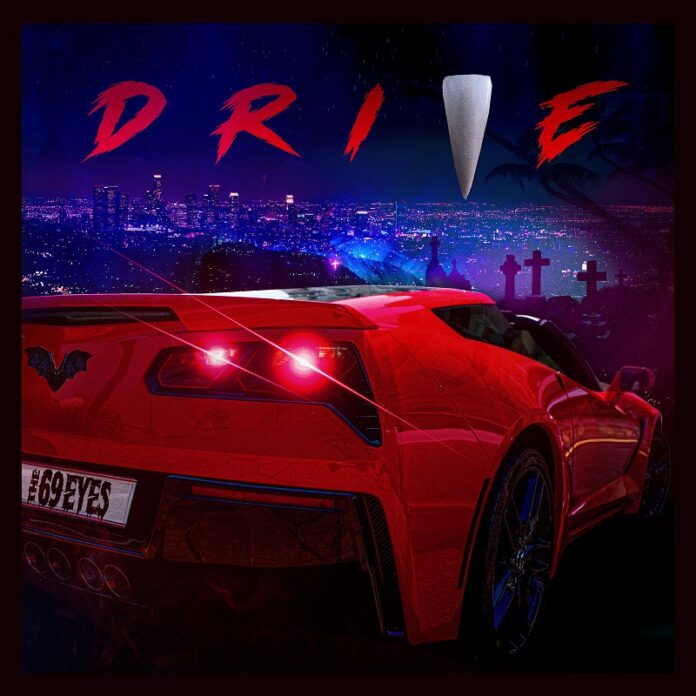 You can’t listen to the opening of “Drive” without thinking of Guns n Roses. Then  Jyrki 69 sings the opening line.

He’s – like he always is – somewhere between Danzig, Pete Steele and Elvis. It’s a quite astonishing combination. It always has been in fairness to them. The 69 Eyes have never had any pretension to be anything other than a rock n roll band from the 80s playing tunes that would have fitted in at The Rainbow Bar And Grill while giving it their own twist.

So it is here. And on the brilliant “Call Me Snake” – all angular goth like riffing and The Mission’s vocals wrapped around a synth thing – they get it right. There is, of course, the whiff of the fact that the lyrics are probably about some underground sex club in Helsinki, but as long as I never have to go, that’s fine.

I am much more down (puns intended) with the bass and guitar sound. Archzie anchors the whole EP down, but never better than on what is possibly the highlight of the studio tracks here, “California”. Let’s be honest, this is basically a Cult song. But it’s a good one, and the sleazy way that Bazie plays his guitar means that there’s the air of danger that this band has had for over three decades.

The trio of new tracks here are joined by a live rendition of “Two Horns Up”. When it was on the “West End” album it had Dani Filth on, here it is pure Helsinki Vampires, which means it isn’t pure in any way.

Indeed, if we may paraphrase the 80s song of the same name, it’s not so much that The 69 Eyes are wondering who’s going to drive her home. They know it will be them. But what happens after may involve leather and a trip to the confession booth.

Rock n roll doesn’t get darker, sleazier, or indeed much better than this. Plus, I think we’ve got through the review without a crass 69 reference. They always suck, right?

Previous article
BAND OF THE DAY: FURY WEEKEND
Next article
INTO THE JOSH-PIT