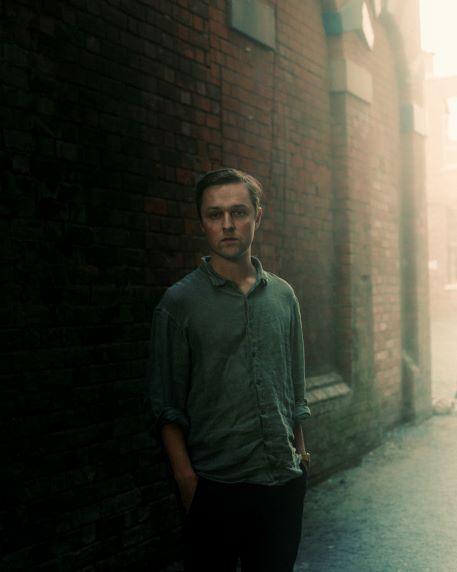 Experimental songwriter Joshua Burnside has announced he will be releasing his latest EP, ‘Late Afternoon In The Meadow (1887)‘, on November 18th 2022. His first new music of the year comes ahead of his biggest headline show to date - The Ulster Hall, Belfast on December 23rd, with support from Lemoncello.  Alongside this announcement, Joshua will release the titular track from the EP on September 16th.

‘Late Afternoon…’ is the story of a life without opportunity, following a character lost in the labyrinth cul-de-sacs of working-class Belfast, caught between mountain and motorway.  The motorway in question is the Westlink, a ‘river of concrete that is as much a barrier to progress and movement for the citizens of Belfast as the peace walls. A solid, grey, sheer monument to the division found in the city, it plays the main stage as Burnside narrates an unfortunately familiar story of declining mental health amidst economic strife.

‘Late Afternoon…’ paints a bleak picture of the city, but also presents a warmer frame, and hope for the future. Featuring Burnside’s trademark penchant for looping found sounds, ancient recordings and experimental production together with the traditions of Irish folk and alternative music, the track captures the beauty and turmoil of the songwriter’s home.

“Belfast was redesigned for military, social and economic reasons during the late end of the century. It was rebuilt to suit a car-driving suburban middle class, which is why the centre is mostly encircled by car parks, empty buildings, empty land and motorways twisting and rising above or below you. It is sadly apt then, that people wishing to take their own life, often choose the Westlink as the place to do it, jumping from the bridges that cross it. This song is about someone at the end of their tether. And if you are feeling this way, then I dedicate this song to you.

I wrote this one after returning from the south of France. I’m normally glad to be home, but it was a particularly grey and blustery day. On days like this, the city can feel like a very bleak place, and so I wrote a very bleak song. But there is hope in it too, hope for a kinder society, a life that is softer on the soul. Belfast seldom resembles a French impressionist painting, but it is my home and it has its own beauty.“ - Joshua Burnside

Joshua Burnside is an experimental folk songwriter, singer and producer. He takes influence from alternative electronica and Irish traditional song heritages, chopping and blending them with a mixture of found sounds, world music and unorthodox production methods.

Joshua released his debut album, Ephrata, in 2017 on Quiet Arch Records. It was supported by Lauren Laverne, Guy Garvey, Cillian Murphy, Mark Radcliffe, Phil Taggart and Tom Ravenscroft and other select champions across national Irish and regional US radio (such as NPR and KEXP). To date, tracks on Ephrata have been streamed over 22 million times, and the album won the ‘Best Album’ award at the 2017 NI Music Prize.

The following years, Joshua was selected to showcase at Reeperbahn, SXSW (twice) and The Great Escape (twice) en route to releasing a live album of his largest headline in Belfast, his hometown, at that time. Despite the live recordings, singles Northern Winds and The Good Word from ‘Live At The Elmwood Hall’ were supported by over 13 Spotify and Apple Music editorials and playlisted on Irish national radio.

Joshua’s second album was self-released via his own label, Attic Thing Records, and distributed by The orchard. To date, Into The Depths Of Hell (and it’s sister album Higher Places) has been streamed over 30 million times and supported by over 30 editorial Spotify playlists. Nominated for the Best Album, Best Single (Whiskey Whiskey) and Best Live Act at the 2020 NI Music Prize, the second album as championed across BBC Radio 6, BBC Radio 1, BBC Radio 2, KEXP and German regional radio (Berlin, Hamburg, Bavaria). it was reviewed in The Guardian, The Line Of Best Fit, Earmilk, CLASH, The Irish Times, The Irish News, Folk Radio and other tastemaker blogs, with Album Of The Year reporting an aggregate score of 88/100.

Previous article
REVIEW: THE 69 EYES – DRIVE (2022)
Next article
FAULK ON THE ROAD