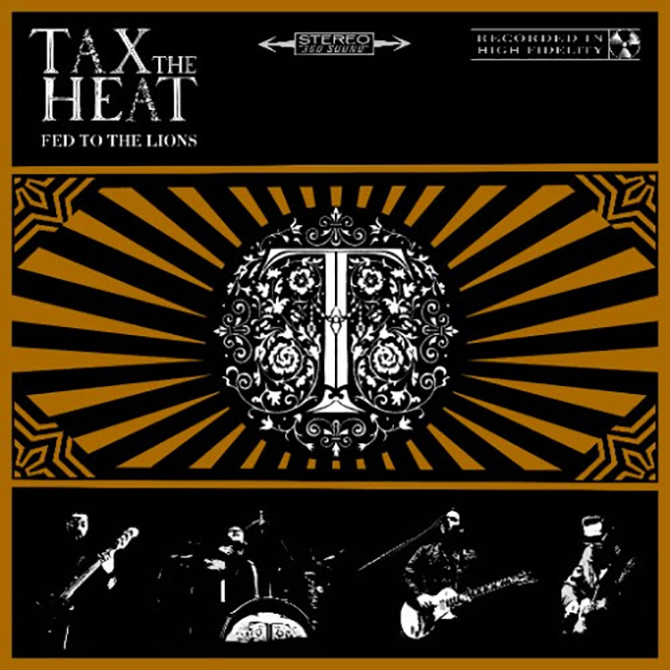 A couple of years ago, in the afternoon drizzle at Clapham Common, MV found itself in the second stage tent at Calling Festival. In truth there was more to the trip than a desire not to get wet. There was a band in there that we’d read good things about.

Onto the stage, and with a packed crowd, walked just about the most dapper men to play rock n roll. They proceeded to deliver a set for half an hour that marked them out as ones to watch. And when, just a matter of weeks later, the same band opened for Black Star Riders, they proved that the festival showing was not just some fluke.

That band was Tax The Heat, and finally, they are ready to unleash their debut full length – a smattering of these songs made up their debut album – and the hotly anticipated (and not just by MV) 11 tracker lives up to every expectation you had for it.

From the off, the strident groover “Highway Home” it’s clear that TTH have achieved all the their aims for the record. This is rather proved beyond all doubt by its follow-up “Animals” –  which possesses a primal rumble, to go with the fact it’s somewhere beyond catchy and towards singalong.

Like everything else here it has an electricity flowing through it’s veins, it positively pulses with an energy, meaning that even the title track, which in other hands would sound somewhat mournful, becomes almost positive, and even when the pace slows, as it does on “Hit Me Hard” it does so to wonderful soulful effect.

Another thing that “……Lions” does so well is never outstay its welcome. Barely a track here clocks in at post four minutes, so that whilst some of their contemporaries might disappear up some mystical rabbit hole that is of no interest to anyone but them, here work like the southern-tinged “Some Sympathy” packs more in than some do in an album, (hello Rival Sons, surely we don’t mean you…..?!)

One of the most outright and fun albums of the year so far, there’s a total lack of self conscience about the ebullient “Devil’s Daughter” (it has hand claps in the drums for goodness sake!) that makes it wonderful, and “Learn To Drown (You’re Wrong)” is the best kind of misery with a summery sheen since Silver Sun back around the turn of the century.

Live favourite “Caroline” proves why here, while the pair of “Your Fool” “Lost Our Way” both kick in with a dirty bass groove to give an almost stoner rock quality, and there really isn’t anything that Tax The Heat can’t do it seems.

In fact, far be it from us to steal anyone’s work, but the press office at their record label, Nuclear Blast, have it right. To paraphrase, Tax The Heat, they say, are classic rock with a modern roll, and that about sums them up perfectly. In a world where the world and his dog saw Temperance Movement and others get massive and decided to jump on the bandwagon with a lot less skill, Tax The Heat merely do what comes naturally.

They’ve delivered the album they always threatened to, but more than that Tax The Heat are, if you’ll allow us the phrase, the future of retro rock.