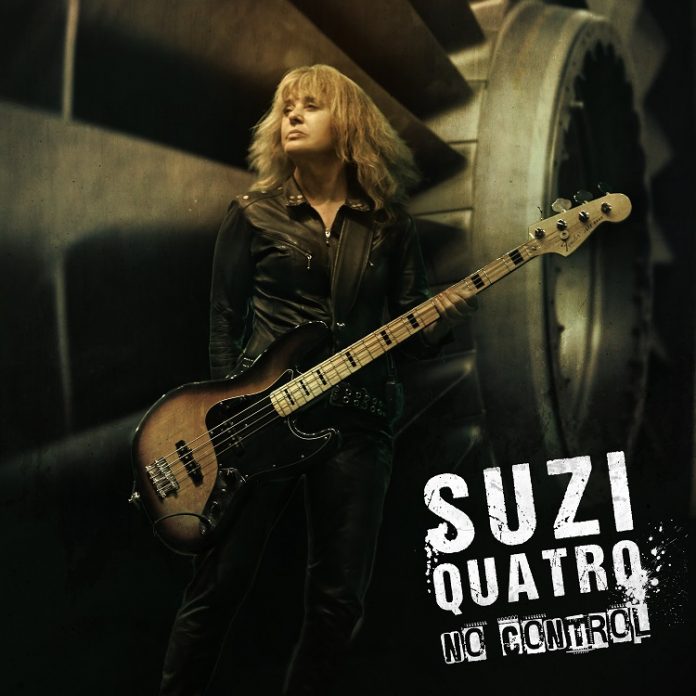 “What’s your favourite Beatles album?” “Tough one. I think I’d have to say The Best of The Beatles” So goes the Alan Partridge joke.

It rather encapsulates the general feelings to “Greatest Hits” records too. Rather like those that wear Motorhead t-shirts but didn’t see the band in 1981, people who have a Greatest Hits record by an artist tend to be sneered at by those who think they’re cool.

Don’t listen to such nonsense. I am here to tell you ladies and gents, that these Greatest Hits things, they’re alright.

A couple of years ago I reviewed one called “Legend”. It was a career retrospective of Suzi Quatro. And it was ace. If, like me, you knew a couple of the best ones and watched her on TV as a kid, then it was a real eye-opener.

Now, along comes a proper studio record, and one with an interesting back story to boot.

Suzi was thinking up songs for a new album when her son, Richard Tuckey, had the bright idea that he’d like to make a record with his mum.

The result is “No Control” and it is absolutely superb. More to the point, it is fresher than the fruit in Sainsbury’s and does loads of things that you never thought it would.

The classy “No Soul/No Quarter” might kick things off in a chugging, bass driven rocking way – at least before the chorus turns up to deliver a real knockout blow – but there is plenty of stuff here that veers from the safe path.

Taking chances doesn’t come naturally to a lot of artists, but it evidently is second nature to Quatro and Son. “Going Home” is a wonderful, bluesy number and any time a horn section gets involved with a harmonica you can sign me up, but they’re only just getting started.

“Strings” is soulful, but also kind of trippy – you won’t be expecting it, that’s for sure. “Love Isn’t Fair” is another with its own vibe. Proof, to be fair, that you can wrap anything up in a happy sounding tune and no one notices the dark in the lyrics. “One heart’s dying so one can live” sings Suzi here, but the music has steel drums in and sounds as Calypso as you like, so you can still play it to your nan, it’s all good.

“Macho Man”, though is utterly glorious. Prime Quatro, if you will. You can take this one down Devil Gate Drive if you want. Rock doesn’t get any more classic than this. You sense she knows it too.

It is typical of the anything goes feel to “No Control” though, that this is followed up by the brilliant southern rock of “Easy Pickings” and the real, lush feel of “Bass Line”. Unless everything is in working order then songs like this don’t get made, while “Don’t Do Me Wrong” is a harmonica drenched slice of blues. “I am giving you the part of me, that you’ve never seen” she says here with a genuine relish that suggests vengeance will be sweet.

“Heavy Duty” races around like the best power pop, while “I Can Teach You To Fly” has a 60’s vibe and proudly wears all its influences on its sleeve, but it’s the last one that you imagine everyone here had the most fun with.

“Going Down Blues” is not only exactly the sort of thing that Southside Johnny And The Asbury Jukes have been doing for years  it clearly is personal, deeply so, by the sounds of it. “It could be about you…..” says Suzi on the sleeve notes. I am fairly sure I’m not in her bad books, so I think I am alright, but I wouldn’t fancy being the object of its ire.

“No Control” is wrongly named, actually. Suzi Quatro, Richard Tuckey and everyone else here sound like they knew exactly what they were doing throughout this. It is one of the more pleasant surprises of the year so far as well. If you don’t know her, then start here, not the Greatest Hits.