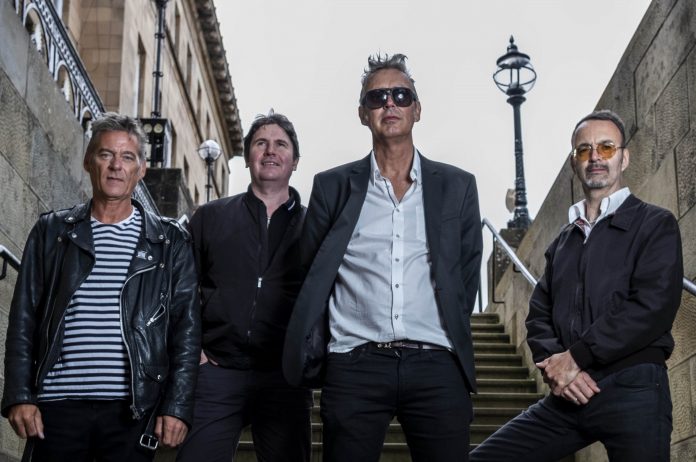 The dates follow the completion in December 2018 of ‘Smoke and Dreams’, Hipsway’s first new album in 30 years, which coincided with the band’s sell-out seven-date tour of Scotland.

The group will now release ‘Smoke and Dreams’ in April, ahead of playing dates south of the border for the first time since reforming, with shows confirmed in Birmingham, London, Newcastle and Liverpool in May and June, before they return to Scotland in July for an appearance at Rewind Festival in Perth.

After signing to major label Mercury Records, Hipsway shot to fame when their 1986 eponymous debut album was certified gold in the UK, selling 500,000 copies worldwide.

Their single Honeythief was also a Top 20 hit in both the U.K. and America, leading to successful tours of both Europe and North America, while the album track ‘Tinder’ became something of a Scottish anthem after it was used as the soundtrack to a McEwan’s Lager commercial.

But two years later, with the world at their feet, Hipsway disbanded before the release of their second album, ‘Scratch The Surface’; bassist Johnny McElhone formed Texas, while drummer Harry Travers left to pursue his studies.

Cut to 2016 and to celebrate the deluxe 30th anniversary re-release of Hipsway’s debut album, Grahame and Pim decided to play a one-off show at Glasgow’s ABC, which sold-out in hours.

Grahame said, “We honestly didn’t expect the show to sell out so quickly, so the promoters added another date, which also sold out. It was all the encouragement we needed to look forwards instead of backwards.”

Of ‘Smoke and Dreams, Pim said, “We poured our heart and soul into making this album, we honestly think it’s the best thing we’ve ever done.”

Looking ahead to the dates, Grahame says, “We’re looking forward to playing these dates, because when you’ve been in the wilderness for 30 years every gig is precious.”

Hipsway’s tour dates are as follows:

Tickets are on sale now, available from: www.ticketmaster.co.uk