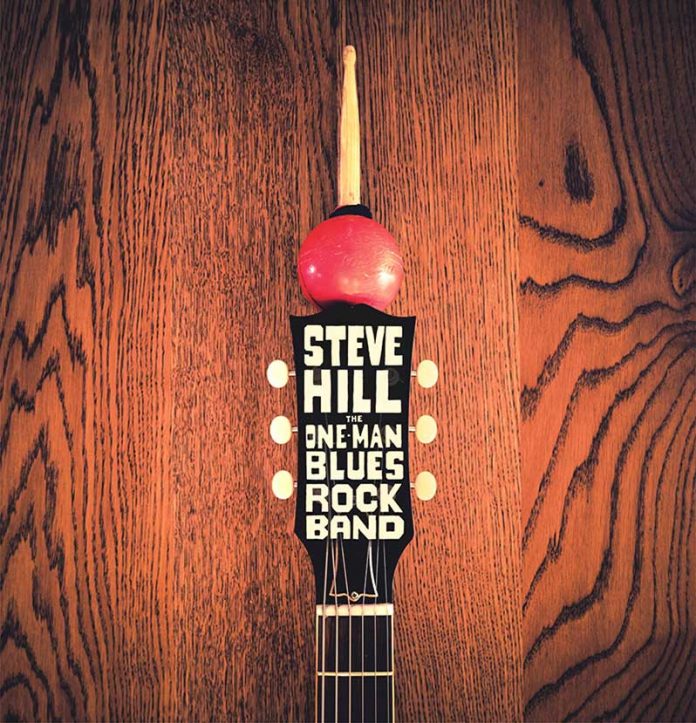 A Manic Street Preachers gig might seem an odd place to start a review of a blues record, but the other week MV saw the Manics for the first time in almost two decades. Before the show they flashed up these words on the big screen: Everything is a memory, except this one moment and you’re struggling to remember what just happened.

Therein, actually, they’ve hit the nail on the head with regards to live albums.

I’ve got countless of them, the best, “Live And Dangerous”, “Live After Death” “Live In Hammersmith”, to pick just three, capture shows  from before I was able to go to concerts myself, but all the ones I’ve bought since can’t – however good they are – bottle the moment. The moment when you know something special is going to happen at a truly great gig.

And yet, Steve Hill absolutely should release a live record, because he was born to do just that. Why? Well, the why comes in “The Collector” when he goes into something approaching a trance like state and intones “just give me the truth. Just give me something real.”

How much more real, in fact, can it get than a one-man blues band? How much more vulnerable can a man be than when he’s putting everything into it, and you best believe that across these 14 songs – mostly culled from his three records to date – there is the most honest sound you are going to get.

The beauty here is in the simplicity. The first verse of the album “you start with the left foot, the right will follow. Left foot, right foot that’s how it goes” is in many ways all you need to know about Hill. That’s how “Rhythm All Over” begins and that seems to be the ethos throughout.

But there is way more to it than that. Not for nothing has Hill won all the wards you can imagine in his Canadian homeland, and he’s got the skill to prove that, as one review said: “he is the meanest guitar player in Canada.”

What he also is, though, is a quite wonderful songwriter, and the differences in the songs – considering he does this all himself – are quite staggering. “Go On” has a filthy blues groove, “Damned” is as catchy a chug as you can imagine, “Tough Luck” has a more Kelly Joe Phelps-ish feel with the harmonica coming straight from the dustbowl, and there is a wonderful longing about “Never Is Such A Long Time.”

The best blues has always managed to sound completely primal, yet retain a universal quality. On the outright stomper “Hate To See You Go” Hill manages both. The flip side to this is the catchy as all hell “Emily” – one of the highlights of last years “Solo Recordings Vol 3” album – but there is a glorious innocence here too.

Recorded live at the end of last year, you imagine that this is exactly what Hill sounded like on stage, “Nothing New” finds him hot and bothered and sultry, which is the total opposite to “Out Of Phase” which is lonely and desolate, but it is “The Ballad Of Johnny Wabo” that perhaps really stands out. Autobiographical – you guess anyway – it is the tale of a man who can’t get a record deal “but the industry is in such a mess I can’t afford no band” he sings, before following up with “if I had my way, the noise I make would be heard across the land.”

No trouble with that, really, given that “Dangerous” – a rocker of rare quality and sass follows, and the album finishes with a cover of “Voodoo Child (Slight Return)” that is so cool that Hendrix himself would approve.

Almost 700 words describing the most simple of things – I mean, good grief look at the album title – might seem to be an oxymoron, but then Steve Hill has many sides. For all that, however, seeing him live might just be the best way to experience his sheer, glorious power. In the meantime this album has a pretty good go at conveying that, though.