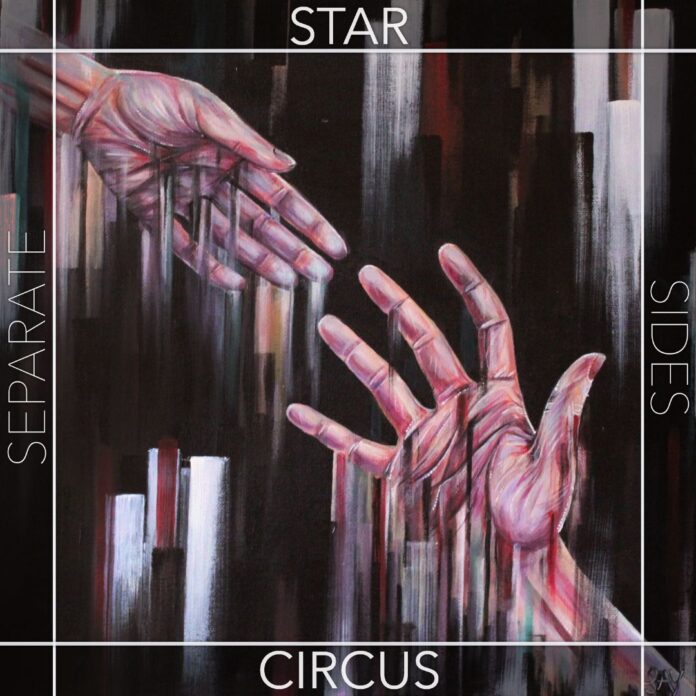 Predicated on the fact we’ve missed a couple of bands in the past because “we’ll see them next time and there’s already four gigs that week”, only to find there was no next time for whatever reason, me and my mates have a theory: we go and see everyone we can when they come through.

That means in 2022, when it seems every band in the world has been on the road, I’ve seen a few things recently that I wouldn’t normally have gone to (Squeeze, Paul Heaton, Rod Stewart and so on) and uniformly have had a brilliant time. All of those artists are bound together by an art for making timeless pop music (and a reminder that “pop” is a derivative of “popular” and shouldn’t be an insult). Star Circus – although musically coming from somewhere else entirely – are very similar.

Time and time again you listen to the stuff on “Separate Sides” and so familiar is it, you are convinced you’ve heard it before. Immediately classic, if you will.

“Save Your Life” begins with a bit of gravitas, and you can imagine that Dave Winkler conceived this as being his “arena” opener. Grooves, but crucially harmony (indeed, if we were playing the “sum this up in one word” game (as opposed to the ramble that this is) then “harmony” is the word. Unashamed Cheap Trick-isms, and backing vocals that seem to come from Queen (or at least The Darkness) abound.

One thing this is not, though, is wedded to a style. “Something” is the happiest sounding music you ever heard. Cats in Space have made a career of this, but then you listen to the words: “I am taking this depression at my own damn pace” sings Winkler. And that’s where this scores. As good as it is straight off, this is rather more multi-layered than you realised to start with.

“Just Like In A Movie” imagines a world where Mott The Hoople jam with Thin Lizzy, everyday tales of “Cindy, who works in Marks and Sparks”, before a stomping 80s rocker (think Bon Jovi circa second album) called “Love Is The Enemy”. Gloriously, this is not a ballad. You thought it would be, given the title, but Winkler isn’t interested, he doesn’t want “a succubus on my tail”.

They are capable of slowing it down, though. “On Your Side” has a touch of FM about it, and there’s such a melody about the whole record, the crunch of “Circles” underlines that and Jon Crampton – Winkler’s conspirator on guitar – ensures there’s enough twin lead sprinkled on the Redd Kross-ish “Wall Around Your Heart” to make that special.

You have to raise a wry smile at “Couple More Years” – not only would it suit the aforementioned Squeeze – its tale of unrequited love is beautifully on point (not that I’d know, of course …..) while the acoustic led, nearly southern rock “Bridges” is a hint that Star Circus could develop into just about anything they wanted in the future, which the wonderful AOR of “Times Get Tough” and “Before The Song Is Over” elaborate on just a little further.

It helps of course that Star Circus have a little more behind them than a normal band on their debut.  It is a product of the imagination of Winkler – who has had a varied career, taking in fronting bands like Bordello Rose and playing with Ryan Hamilton amongst lots – and producer Tony Wilson (who was behind the seminal Friday Rock Show on Radio One with Tommy Vance). They’ve roped in Ade Emsley who’s worked with Iron Maiden and there’s a raft of special guests, including Dan Stevens of Inglorious and Ben Christo of Sisters Of Mercy and Ricky Warwick, but my goodness, they’ve made the most of it.

It is meant as a compliment to say “Separate Sides” doesn’t sound like it was made in 2022, rather its like a compilation CD that used to be on the front of Classic Rock, where they’ve cherry picked everything that’s ever been cool. It’ll be interesting to see where they eventually end up.