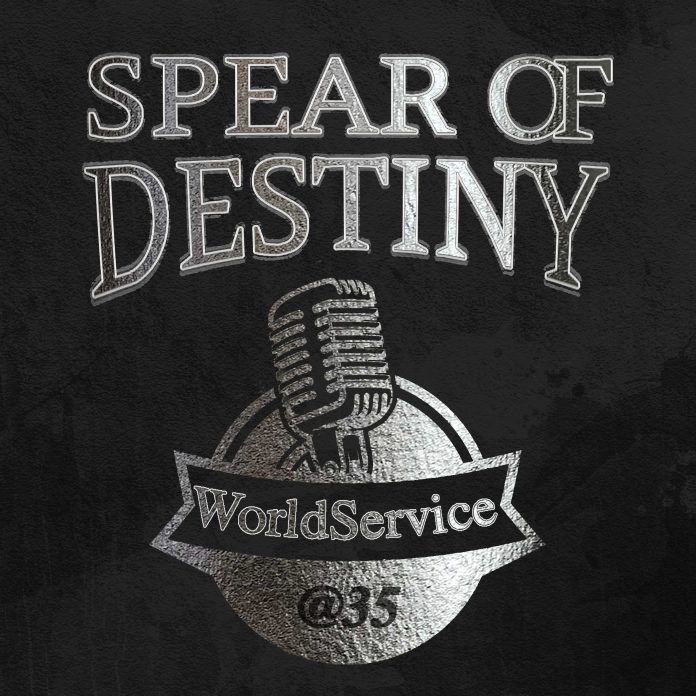 The older I get, I`m currently in my sixth decade, I find myself reminiscing on all the superb bands and gigs that I’ve witnessed, especially now that this pandemic has put them on hold.

In 1981 New Musical Express, Sounds and Melody Maker to a lesser extent, weekly rock newspapers, our social media of the time were endorsing a post punk band called Theatre Of Hate. A gig was pencilled in for my hometown Birmingham and I headed there with my girlfriend of the time and a mate. We arrived at the venue to find the singer Kirk Brandon and bass player Stan Stammers outside confirming that the gig had been moved to a place called The Cedar Club. The guys told us to get into their van and drove us and a few other fans up to the venue. This they continued doing until they hit the stage. After a blistering set, the fellas came out and handed out posters to promote their latest single “Rebel Without A Brain”, I still have my autographed poster to this day. TOH shone brightly for another year or so before blossoming into Spear Of Destiny.

Spear Of Destiny released some seminal albums, no more so than their third release in 1985 “World Service.” Kirk was never happy with the sounds and mix on the original album and it`s been his intention to re-record this set of songs much more in line with what he feels they were originally written for, much more of a rock album, as opposed to a pop/rock album. This also fits in nicely with it being the thirty fifth anniversary of its release.

This release enjoys the original ten tracks plus another four that have also been reworked. Title track `World Service` begins with a tinkling piano before Kirk`s vocals drop in and they`re as formidable as ever, almost operatic. There does seem to be a clarity to this reworking, guitars, drums, even the saxophone solo towards the end sounds refreshed as the sound builds to a concluding cacophony. Kirk`s voice was almost another instrument and it really comes to life on `I Can See` as it slides up and down scales a lesser singer would struggle with.

I always loved `Come Back` when I saw SOD and here it retains that compelling reggae / ska feel but with more eloquence. A live favourite that always had the faithful singing along. The sax has such a dreamy quality here. The tin whistle at the start of `Mickey` adds a real sense of poignancy to this conceivably anti-war tale. It has to be one of the best songs to be written by Mr Brandon on so many levels and still stands up today as the lack of opportunities for disadvantaged young men that are swept up by the armed services still remains. At times it feels really cinematic and the pain and hurt in the singer`s delivery is almost tangible, while the song closing out on the quietly shared piano keys is really lump in the throat stuff.

`Once In Her Lifetime` was given an edge, a bite that was maybe lost in the original mix. Here the song has that sense of power to lead the masses. The song retains it`s saxophone tinges but they don`t veer towards that funky vibe as on the original. There`s a real lucidity as all the instruments get a fair share to shine. Another track that benefits from this reimagining is `Harlan Country. ` which is located in south eastern Kentucky. It was often a centre of labour strife between coal mine owners and union workers especially in the Harlan County War of the 1930`s. The lyrics express this but it`s the stripped back setting of Kirk`s rich voice and a guitar that allows a real sense of tenderness to this story.

`Rocket Ship` has always been a bit of an enigma, a love song of sorts or maybe a deeper message of understanding a life force beyond our planet. Whatever it`s always been a memorable quite anthemic piece and this remix allows the piano and sax parts to shine and has a cracking guitar solo midway through. There`s an underlying edge to `Somewhere In The East` which seems to move along with verve where the instruments vie for attention.

`All My Love` is a real anthemic outing, a kind of love chorale with some great saxophone splashes and a drum beat that keeps the pace of the song ticking along, allowing the singers emotive and powerful vocal delivery to shine. The album closes out with `Up All Night` with a belting drum sound and the guitar licks giving it a quite rockabilly feel. The brass sections interspersed add to the overall expansive sound.

There were two tracks on the b side to `All My Love` with `Walk In My Shadow` and `Last Card` The former is a wonderful slice of rock heading to heavy seventies metal which would give Led Zeppelin a run for their money. The latter is again a real rock out with a wonderful saxophone interlude and a band that know how to deliver a challenge. There`s a much rockier feel to `Cole Younger` a track that was the flip side to `Come Back` when released as a single. Thomas Coleman Younger was an American Confederate guerrilla during the American Civil War and later an outlaw leader with the James–Younger Gang. The song has a real grungy feel about it at times. Again, the piano and saxophone parts really stand out. Another number that was also on that release was `Young Men (Piano Version)` This version though is really what it says on the tin, just a piano and the singer reciting this moving tale of the nation`s youth heading out to war. A stunning and thought-provoking ballad.

Spear of Destiny were always a force to be reckoned with in a live setting and I can understand why Kirk Brandon has taken the opportunity to revisit and rework this album to give it the sound that he felt it deserves. “World Service” was always a pretty potent album and this reworking / reimagining has certainly given in a fuller sound. Sadly, this global pandemic has meant that the chance to experience this classic release in a live setting has been put back to the tail end of next year. In the meantime, I would encourage you to obtain this innovative release, I can assure you it will not disappoint.