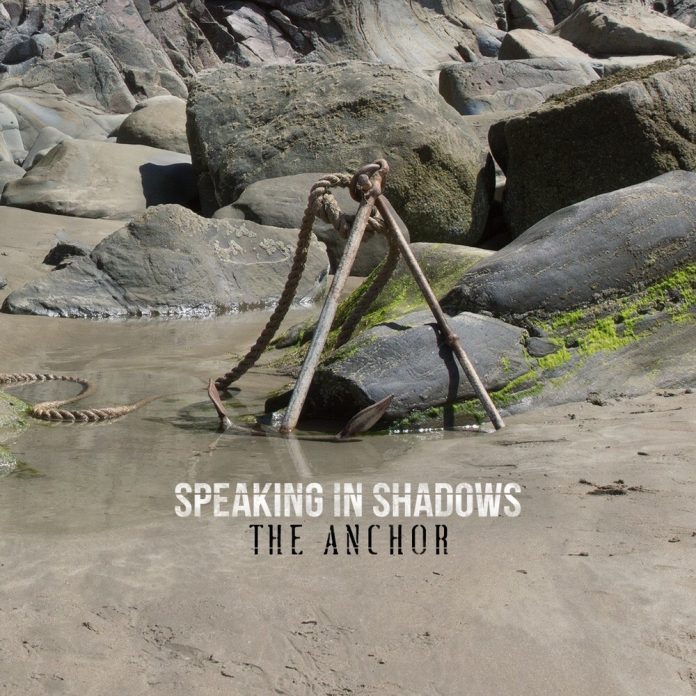 There’s a not inconsiderable problem with some bands. Without giving away too many trade secrets, the albums that make it to MV towers come with a blurb. Sometimes the words therein inform, sometimes they ensure the band gets noticed. Usually mentions of the words “Iron Maiden,” “The Almighty” “Clutch” or “Thin Lizzy” are enough to get interest peaking here, but then there’s the issue when the accompanying document namechecks a load of groups we’ve never heard of.

Which would be a shame, because such an attitude would preclude people of of more, shall we say, more advancing years, from enjoying the wonderful music contained within this debut EP from Nuneaton mob Speaking In Shadows.

This six tracker is busting with energy, hooks and widescreen choruses that have an eye on making it big. That much is evident from lead single “Capsized” which has been receiving heavy rotation on Scuzz TV. Like some glorious mash up of Deaf Havana and straight ahead hard rock, it’s a brilliant song.

It’s an opening that is more than ably backed up by “Scatter” which adds a “woah, woah” hook to its driving urgency, and at times it seems like it’s barely able to restrain itself from a desire to break out and in the words of Beavis And Butthead, to “break stuff.”

“Figure Of Eighty” is different again, a huge, ambitious Biffy like affair, it’s got it’s head in arenas, even if it’s feet are at this moment on the stage of a club. But SiS are at their best when the guitars wail, “Bite” builds brilliantly and has a quite phenomenal chorus.

“…..Anchor” is a record that, you suspect, designed to be played live – and in that respect it’s easy to imagine “And Grit” going down an absolute storm. Oh and if you are looking for a brilliant ending, then brother, you’ve found it. “Easy Of You” is all shimmering melodies in its verses and a boot to the tender regions in its middle bit, and if you are looking for a band to replace Funeral For A Friend in your affections with their impending goodbye, then it’s not much of stretch to see Speaking In Shadows filling the void.

A marvellous mini-album from a band that’s been around for a little while and sounds like they’ve finally come of age.