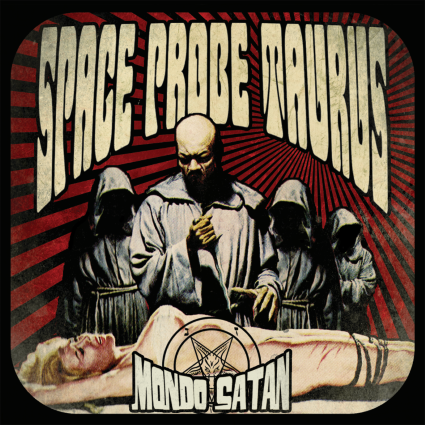 The internet has changed music beyond all measure. We all know this. Everyone reading this site, as well as those that write it, have equally been touched by the alterations – good and bad –  in the last two decades.

Twenty years ago, kids of 19 or 20 that wanted to discover new music, they couldn’t just log on somewhere and find it. Spotify didn’t exist, neither did Soundcloud. What you did instead was buy the magazines and voraciously consume the music. Then, if you were feeling really investigative you could join a record club, or a tape trading group. MVM knows this, because that’s what we did. And that’s why we have so much obscure Scandinavian rock n roll of a mid 1990s vintage.

These were bands that took The Hellacopters “Supershitty To The Max” and decided it wasn’t fast enough or fuzzy enough and there wasn’t quite enough lead guitar. And listening to “Mondo Satan” you are rather struck by the thought that for all the technological advances, nothing much has altered for some. Space Probe Taurus have constructed something that could have come from one of those trading newsletters – who knows they may be from that background themselves.

Right from its kick off – the gloriously fuzzy and breakneck speed of “Scorpio Queen” – this is just a little bit special. “Kill City Death Cult” announces that “Satan was an acid head” for seemingly no reason, and appears to be trying to burst out of your speakers to fight you, and so it goes.

There are subtle differences in the tracks, of course, “Make Me Bleed” and the title track for example have a little more bass groove groove and are a little heavier, but largely “Mondo Satan” doesn’t need to do anything else, because what it’s doing is so fantastic.

“Galaxy Travelling Blues” is catchy as the flu but a million times more fun, and if you call a song “Superfuzzed” then you better believe it should sound like this.

Quite simply a magnificent rock n roll album, “Mondo Satan” manages to conclude with a bit of a slammer too, as the deliberate insistence  “The Righteous One” might actually be the best thing here.

If you long for the days when The Hellacopters were the kings of Swedish rock n roll, or remember the absolute visceral excitement when you heard Backyard Babies “Total 13” for the first time, then you’ve just found your new favourite band.

Previous article
Shankle Is Still A Warrior!
Next article
More Time For A Sloe Gin