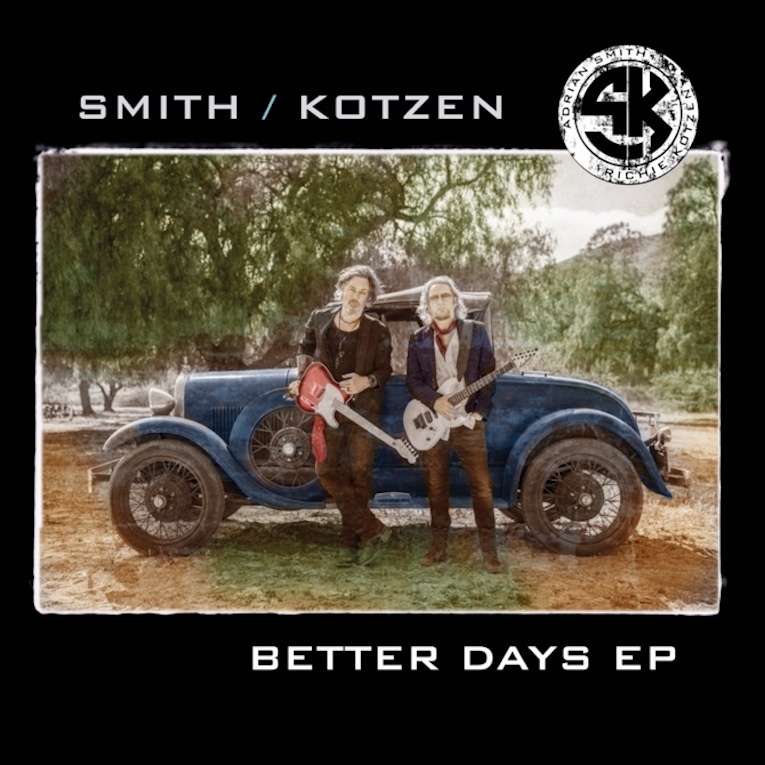 Back in the spring, Smith/Kotzen, released their debut album. It was – and is still – magnificent. It’s perhaps worth, at this point, me copying the final paragraph of my review here:

I said this: “…..You can pick out the influences, but what you can’t pick out is anything quite like it. Neither of the pair are doing this for any other reason than they needed too. That is to say, they have a need to create, a desire to push themselves – and that shines throughout this incredible album.”

It’s those words about “needing to create” that  I keep coming back to with the “Better Days” EP, because these four are not just unreleased tracks, leftovers from the sessions, a cover here, a demo there, an “alternate” take there. No, these are four brand spankers. Newly crafted in LA when Kevin Shirley popped over there earlier in the year.

The even better news is that the pair seem to have a real chemistry, because “….Days” is a belter too.

There’s a slightly different vibe about the title song, though. Slower, more bluesy and with more call and response vocals than the album perhaps. The lyrics are a touch darker than before, and that’s the case the for the rest. It’s still unmistakably them, in that you can’t be a fan and not spot the guitar work, but what is interesting is that they always seem to want to grow.

If the opener is like something off the Dead Daisies albums, then the opening to “Got A Hold On Me” is very much from the guitar god school of doing things, but there’s nothing clinical here. It sounds like a rock n roll album with a pulsing energy.

That desire to always push the boundaries is magnified in the last two. “Hate And Love” is built on the bedrock of bass, while the drums are to the fore on “Rise Again”, and the spoken vocals are another departure. This is a prog song – or at the very least a Joe Satriani one – but its over in three minutes, and to my knowledge, there’s never been a refrigerator in the road in Rush’s best moments. So there’s new sheriffs in town, I guess.

Given the talent on show Smith/Kotzen could have been just about anything they wanted to be, and there’s already a sense of creative change here. It will be interesting to see where it ends up, because there’s a suspicion that this is a partnership with much still to do, and much growth to undertake yet.