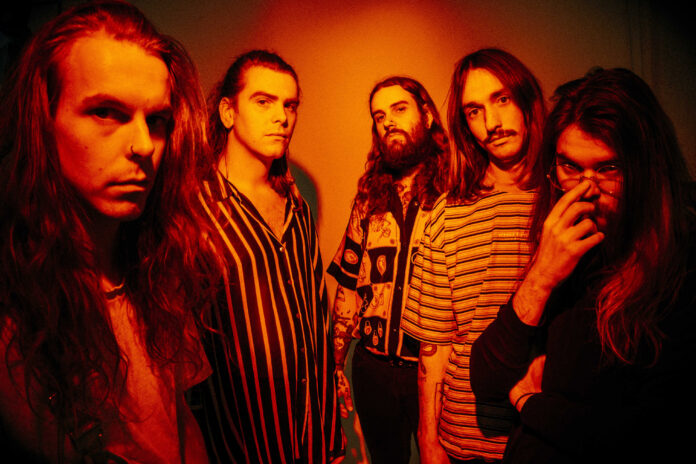 Aussie metal quintet Pridelands have revealed new single ‘The Lake of Twisted Limbs‘ from their forthcoming debut album, Light Bends, that’s due out January 14th via SharpTone Records. Fans can stream the new track and watch the music video via links below.

Commenting on the new single, the band states,
“The Lake of Twisted Limbs was a song that in a lot of ways came naturally in the writing process but took an emotional toll on all of us. It’s about attempting to pull someone back from the brink of total self-destruction and how ultimately that attempt is futile if that person refused to be saved. Getting better is sadly a choice that someone needs to make for themselves. So, in essence, the song is about reaching out despite being aware of the futility there. I think we’ve all felt that in one way or another – perhaps from both sides of the coin.”

Pridelands new song follows a string of crushing singles from Light Bends thatthe band has rolled out over the last few months including ‘The Walls‘ and ‘Heavy Tongue‘, which has stirred up excitement and anticipation around the world. The upcoming record was produced by Jamie Marinos and band, mixed by George Lever at G1 Productions UK (Loathe, Sleep Token) and mastered by Ermin Hamidovic at Systematic Productions AUS (Architects, Northlane, Periphery).

The band adds about the new album,
“Light Bends is a very personal record for us in every sense of the word. The lyrics, the instrumentals, the melodies were all written because they were stories that we wanted to tell and songs that we wanted to hear. It delves into a lot of subjects, and a lot of them came from our collective life experiences. It was therapeutic for all of us to come together, share our pain and trauma and weave it together it into our debut record. There’s nothing we would change about it and the team we worked with to make it happen are incredible from top to bottom. We sincerely hope that the people out there who listen to it can connect to Light Bends emotionally in the way that we have.”