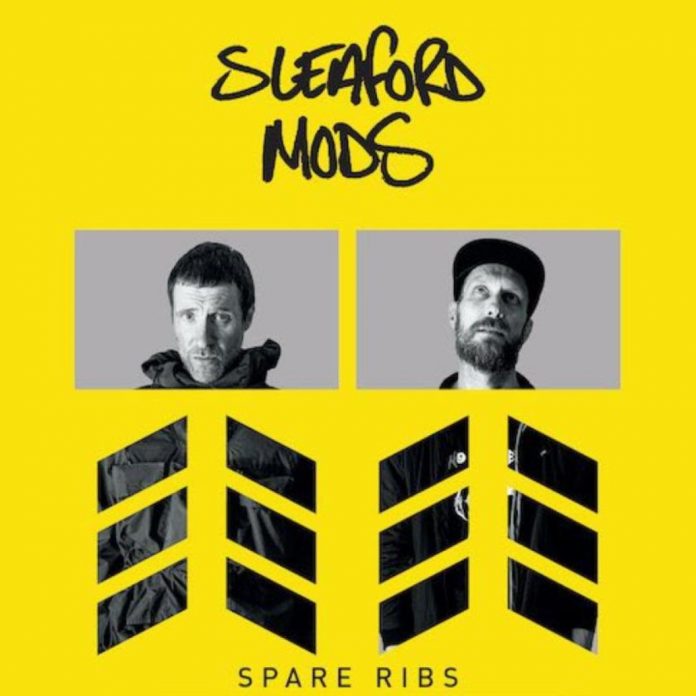 It’s a question you often get asked if people with little interest in music find out you have thousands of records: “if you could be in any band, what would it be?”

I should have an answer – I guess – its just that for as much as I love rock n roll, being in a rock n roll band doesn’t appeal to me. Never has done. Hedonism, drugs, parties, touring, all of them don’t fit in on my radar.

But, then, if I was in a band I’d kinda like it to be a two piece, with my mate. Raging about stuff that needs raging about, on our terms. And even better, posing the questions but never offering answers. I’d like to document my hatred of Tories, my hatred of the powerful, the fake and the arseholes.

Then I’d like it to be totally original, so that people can stroke their beards and try and decide whether you are a punk band or an electro band. And all the while they are doing this, you sell out bigger venues, your albums into the top ten and you pretty much don’t care. All the while, you are managed by your wife and are essentially a cottage industry.

In short, I want to be in the Sleaford Mods.

“Spare Ribs” is their sixth “proper” record. It’s also their best. And considering the quality of the others, that’s no mean feat.

Recorded in a three week spell between lockdowns, it is Jason Williamson’s rumination on the landscape in post-Brexit, post-apocalypse Britain. “Shortcummings” makes this clear. Dismissing the “them and us” Tory world,  with a simple:  “you have permission to do what you want”.

The albums begins with a half sung “The New Brick”, which has the immortal, “And we’re all so Tory-tired / And beaten by minds small,” at its heart, which shows the mindset of the collection, perhaps.

“Nudge It” touches genius. Seething at “class tourists”  – its also one that features a rare guest. Amy Taylor from Aussie punks Amyl And The Sniffers sneers a rap, as Jason Williamson rails against those who are “trying to act like a gangster”.

And has the line “I wish I had the time to be a wanker, just like you.” At its heart. We can all speculate as to who its aimed at. I’ve got an idea. Lets just leave it there.

“Out There” seems to have a sample of “Sign Your Name” by Terrance Trent Darby at its heart (his first mention on this site – and his first mention anywhere for about 20 years) its polemic on Brexit is one of the great rages of our time.

One thing that can often get lost in writing about the Mods, actually, is just how diverse the melodies that Andrew Fearns creates can be. The words of Williamson are incredible, but so is the music. Somehow melding something out of nowhere. “Glimpses” is a prime example, and “Top Room” likewise, but you can only marvel at the line “of course I’ll open my wallet, Sir, how much do you want?” As capitalism, consumerism and whatever else you want to mention is laid bare and dismantled.

Billy Nomates sings a crucial part on “Mork And Mindy”, “too high, too low, it doesn’t make a difference I know, cos the system won’t go”. And that’s the key to SM. They offer no answers. They don’t claim to have any. They are merely conduits for our anger, because it matches theirs.

The title track is proper funky, before the payoff: “tick boxes ticked. Fuck all that shit”. And if you believe – as I do – that Sleaford Mods are a punk band, then the relentless “All Day Ticket” will underline it, while the minimalist “Thick Ear” sort of lurks, menacingly in the shadows, ready to lay waste to hipsters.

“I Don’t Rate You” picks its targets with a more scattergun approach. “What does it all mean” questions Williamson. Who knows? “I don’t want no stars near me”  makes more sense– and anyone who has zero interest in celebrity culture will relate.

“Fishcakes” ends on a sweeter note (in that it doesn’t have the “E” for explicit on the Apple Music list, and Williamson adds a touch of melody (and hope) to the words: “and when it mattered – and it always did – at least we lived.”

And maybe that’s all you can say about 2021. We’ll get through. In the meantime, we have the UK’s most original and innovative band to document the world around them as they see it.

Previous article
REVIEW: BLACK BANJO – OUT OF THE SKIES (2021)
Next article
LOVE MORDRED