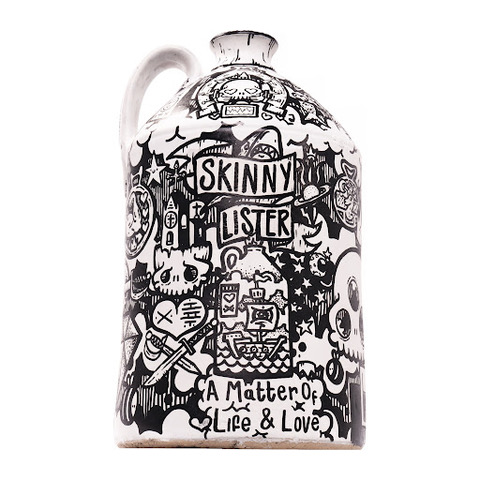 I’ve – as yet, it will change next month – only seen Skinny Lister once.

Back in December 2019, at a pub in a particularly scruffy area of Birmingham. The sort of place where, honestly, they only put live music on to make sure someone goes. Otherwise it’d be a local with no locals.

And yet, there, on that night the six piece made everyone feel it as the place where everyone knows your name. Scarcely has there ever been a more convivial gig. I wrote, on these pages: “When Skinny Lister book their tours, if they’d handpicked this venue, they couldn’t have done better. Packed …..people bouncing, sweat running down the walls. And that’s before they’ve played a note.”

I’d finished the review with this: “Skinny Lister belong on stage”.

Listening to “A Matter Of Life And Love” now, given the past 18 months or so, you have to wonder exactly how they coped, how they got on without that visceral thrill it seemed they needed. There is a mitigation, I guess, in that they were scaling back touring in the first half of 2020 anyway. Lorna Thomas, who was pregnant the night I saw them, was due to give birth.

Notwithstanding that, though, the 12 songs that make up “…Love” are as much for them as they are for the rest of us.

“Shout It Out” – and its difficult to not think of these being played live – seems to be a collective plea for all our mental health. “Don’t keep It all in” Dan Heptinstall, almost demands. And “Tough Stuff Like Us” – which brings a touch of ska to the proceedings – carries on the same vein. “Displaying love or weakness is forbidden, especially here in the North of England” seems to sum the early part of the record up.

“Like It’s The First Time” – sung by Lorna – is a more pop orientated thing, not far off a hymn to being back on the road again, but if that shows the one side of the band, then “Damn The Amsterdam” is the folk side looming large. Recorded with The Longest Johns, it’s a sea shanty for the 21st century. Fans of the mighty Young’uns need to get here as soon as possible, frankly.

The title track is another departure on an album with many of them. More Madness than traditional folk, what it has in common with the others, though, is quite simple: an incredible catchiness. They’ve all got hooks you can hang your big coat on.

That goes for the folk ones – “Embers”, which you can imagine being sung in some Island pub in the Highlands in some romantic vision – or the ones that are somewhere in between – the glorious “Shoulder To Shoulder” – or the ones that sound like Elvis Costello, “Bavaria Area”, written about being pulled over by the police in Germany.

There’s a real skill to the songwriting, though, whatever it does – and do not doubt the colours here are many and varied – there’s a skill to the songwriting. Gerry Cinnamon sells arenas with less than “Bonny’s Eyes” (although you could see him doing it, to be fair), and it can still let it’s hair down. “I wanna start a riot” sings Lorna in the power pop rager “Livin; Life At A Loose End”, and if ever there was a lockdown song, its this one.

More than anything, there’s a sense of fun here. “Breakfast At Heathrow” is just brilliant, suggesting the cure for being scared of flying is a trip to Wetherspoons (I don’t drink and I am petrified so maybe they have a point!)

“History” finishes things off, somewhere between “The Wild Rover” and the earthy folk/punk hybrid of The Levellers, and perhaps that’s the best way to describe the band all told.

Whatever, there’s something uniquely British about the friendship and the stories here, and “A Matter Of Live And Love” is the work of a band for whom music matters – and thankfully it can be played the way it was intended. Live and to a crowd.