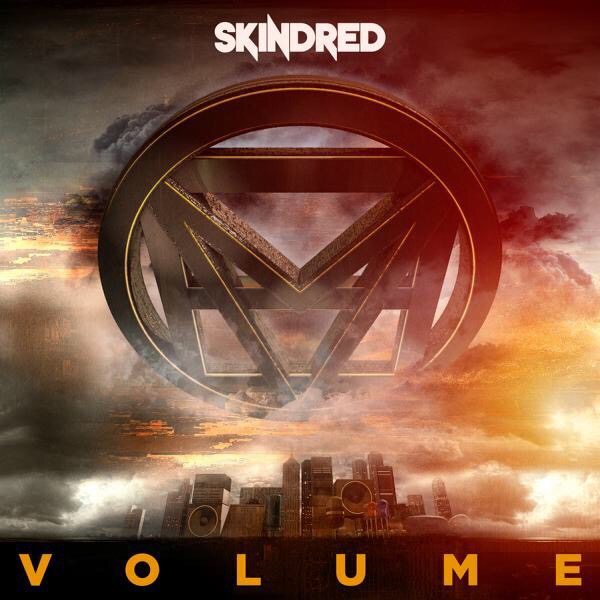 Welsh ragga metal pioneers return and pump it up

Perhaps it’s just MV that does this, but in the hope that it isn’t, let’s try this. You know when you read a book after seeing the film and not the other way around? Do you imagine the characters in the pages as looking like the ones on the screen?

There must be one of you, right?

Hopefully then, that one reader will know what we mean when we say this: Listening to “Volume” and writing these words, there’s a nagging thought at the back of your mind. Frequently MV finds itself drifting off and thinking: “I wonder what these songs will sound like live?”

In part it’s Skindred’s fault for being so incredible when they are onstage. Really. It’s almost a cliche now, but stick these men in front of anyone’s crowd, anywhere at any time and they take the honours, and thousands of people are stripping off and waving their damn tshirts around their head (you probably have to be there).

But it’s partly a problem too. That is to say that as good as their records are – and make no mistake, they are a very, very good band indeed with a back catalogue and a fanbase that most would envy – you just want to watch them live.

They are in a rich vein of studio form too, “Volume” is the follow up to “Kill The Power” which emerged at the start of last year and it proves that no one else in the world sounds like Benji Webbe and the boys. Like the best sort of concoction where everything is just thrown to see what sticks, yet somehow it becomes not just tasty but downright marvellous.

From the potty mouthed bluster of “Under Attack” to the title track and everything else pretty much, no one has ever melded rock, metal, rap, reggae and social conscience as well as Skindred. Many bands have blurred the genre boundaries – Anthrax bringing the noise with Public Enemy and Aerosmith collaborating with Run DMC was a generation ago after all – but no one has ever done it quite as fast and as mixed up as these Welshmen. The closest comparison is perhaps Living Colour, Faith No More or Mordred, but even they don’t have a song like “Hit The Ground” which takes every idea anyone has ever had and wraps it around a giant middle finger.

“Shut Ya Mouth” takes anyone it fancies to task, while “The Healing” is just about as straight ahead rocker as there is here. “Sound The Siren” rouses the rabble and to return to the theme will sound magnificent live, and “Saying It Now” sees Webbe cast as something of a crooner over a kind of alt. Rock ballad.

The band are better when they’ve got their hair down and are racing around, bouncing off things like a two year old on happy pills, like they are on “No Justice”, which casually tosses out the best chorus here.

It all ends in something of an understated way – the calm after the storm of you like – with something else approaching a ballad, it’s called “Three Words” and those are quite simple: “life’s worth living.”

Skindred are rapidly becoming a British treasure, they’ve proved it again on “Volume”. And that really is worth turning up.