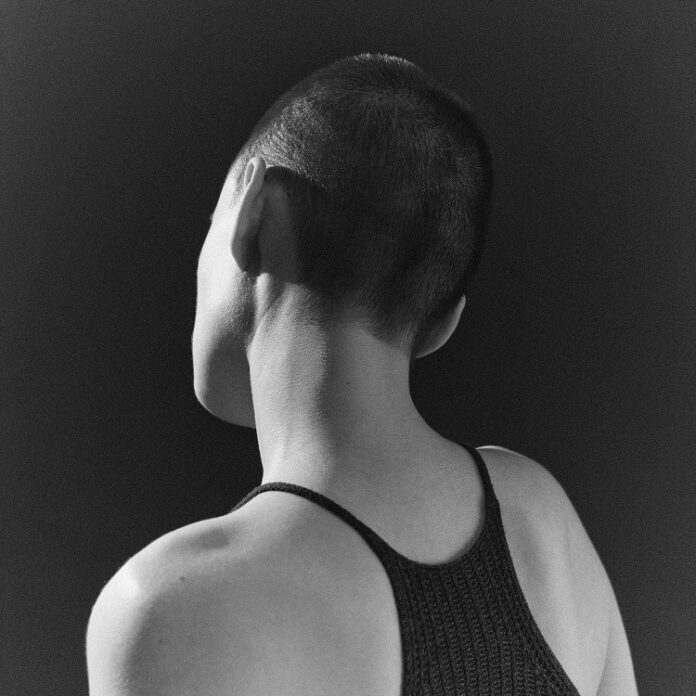 Sister Ray is the project of Edmonton-born songwriter Ella Coyes and was conceived as a self-designed vehicle built to examine trauma with unflinching honesty. Debut album `Communion` is a raw portrait of momentous, ordinary moments; experiences that define your past and instruct how you move through the world. It’s also a break-up album invested in exploring the motivations behind actions, rather than attempting moral judgment. Jon Nellen and Joe Manzoli, the Toronto / Brooklyn alt-pop duo who record under the name of Ginla have supported Ella musically to bring this vision to life.

The album opens with `Violence` and it`s a gentle introduction with a strummed strolling guitar chord that becomes fairly hypnotic and vocals that lead us through this quite mesmeric opening offering. A plucked guitar chord riff leads us into `Good News` as a piano joins with a steady drum beat on this almost conversational story that is shared in such a way as it sounds like a one to one intimate chat. The singer explains: “This song is about my frustration watching me, members of my family and the people around me experiencing issues that have affected us intergenerationally – and continue to do so – and see many suffer in silence. It’s written like a series of vignettes about a few moments that have really stood out in my memory. At first, it didn’t click with me that this song sounded so light because it felt heavy to me, but I feel now that a big part of this song is the freedom that I feel in the actual act of airing out those things that I would have wilfully ignored or hidden from.”

`Visions` is about feeling pissed and betrayed by something that was supposed to be beautiful and good. The guitar intro reminded me of the beginning of Prince`s `Purple Rain`. It`s a kind of wistful break-up song where division of household items surfaces but it would seem there`s still some unfinished emotion in this relationship. At times you can feel the pain and heartbreak in the vocal delivery. Initially `I Want To Be Your Man` is delightfully stripped back with guitar, piano keys and vocal but grows more depth as it progresses adding to its intensity and the yearning desire that is shared.

`Reputations` had a quite edgy feel with its constant resonating guitar riff, drums, piano, vocal harmonies and shook tambourine. The poignant vocals seem to relay an introspective reflection on ones behaviour in a relationship that`s on the downslide and all around recognise that situation is terminal. We have in `Justice` a piano and vocals that seem to float atop and around. A track that grows in intensity as it develops.

`Jackie In The Kitchen` has Ben Whiteley on bass and has a continuous mesmeric guitar riff leading us through and vocals that really express the hurt felt within the narration. There`s a real strength, potency, and raw brutal honesty to `Power`.

I have to say that `Crucified` was a number that really echoed with me. It seems to recall the aching want come craving, maybe even insecurity or trepidation in a new relationship. This release closes with `Prophecy` which I felt was almost a stream of conciseness delivered over a wistful guitar, a driving drum beat and swirling synth like texture. Midway through the music takes over and you become enveloped in an almost otherworldly soundscape with every day aural snippets blended throughout.

Singer – songwriter Ella Coyes has confided that “While writing Communion, I was exploring my identity in a way that involved grief and insecurity”, “These songs were written with liberation in mind.”. This seems to sum up what the album is about. A delightfully cathartic offering where the storyteller shares some raw but honest musings and events that had an almost poetic sensibility. I felt that the singer was almost conversing with me on a personal nigh on confidential level at times such was the strength of lyricism and intonation of the words.

The definition of `Communion` is the sharing or exchanging of intimate thoughts and feelings, especially on a mental or spiritual level and this was certainly achieved within this contemplative composition.