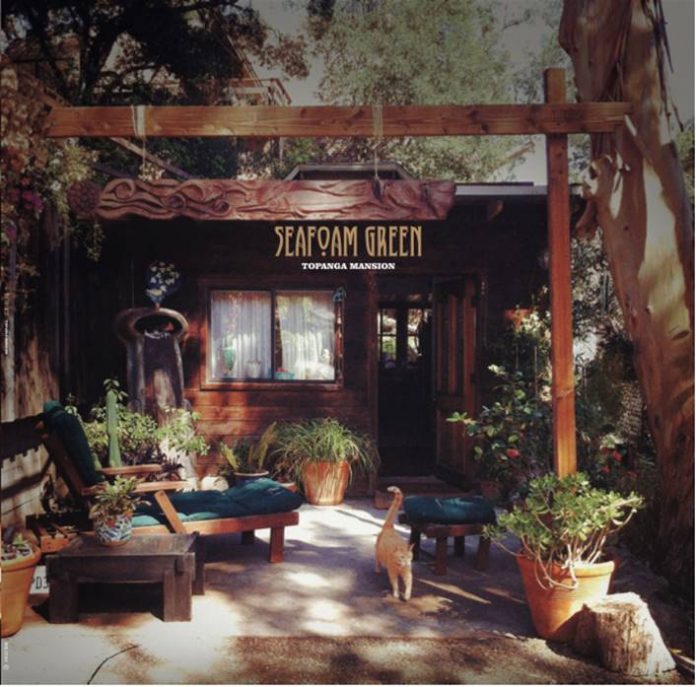 Dublin born singer songwriter finally gets it done after 15 years

If, as Ian Hunter once said, it’s a mighty long way from Liverpool docks to the Hollywood Bowl, then Seafoam Green is living proof that dreams can still come true.

Y’see, Seafoam Green is the product of Liverpool based, Dublin born singer/songwriter Dave O’Grady. “Topanga Mansion” happened by chance. He was in Nashville, where he met Rich Robinson – the guitar god in the Black Crowes – and was invited to tour with him.

The pair struck up a friendship and began collaborating on material.

Which brings you pretty much up to speed, because there’s only one more thing you need to know. “Topanga Mansion” is absolutely brilliant.

The piano and acoustic work on the opening “Celtic Wandererings” together with the almost perfect strings give you a clue that this is laid back – in fact if it was any more laid back it would be in a hammock, sipping a cold drink in the sun and doing nothing for the afternoon, but that’s its charm.

There is very little urgency here, instead, songs get the chance to work within a loose framework and go where they need to.

“Down The River” sees O’Grady live out his Credence Clearwater Revival fantasies over a funky, soulful strut. The use of female backing vocals here take it into an entirely different realm too.

“Far From Golden” has a kind of world weary feel, and on a lengthy record this is one of the highlights, while “Home” veers close to the type of territory that the godfathers of alt.country, Whiskeytown, used to make their own in the last century.

Not that this is a collection that you can pigeon hole, mind you. Quite the opposite, it appears to revel in confounding your expectations. Just when you think you’ve got it pegged, along comes “Lowly Lou” an out and out rock n roller, straight from Robinson’s “Southern Harmony And Musical Companion” playbook. And it has a wilful streak too, because this is followed up with the odd sonic patterns of the eerie “ No Wasted Words.”

On “Topanga Mansion” the piano is as important as the guitar. The lap steel trumps them both on “Penny Tyrants” and “Royal Call”  – the latter of which is an outright country strum, and wonderfully done.

Indeed, this is one of the most varied records you will come across. But it is all natural. Where some are desperate to be different, Seafoam Green just are. “Runaway” is a slamming blues thing, but perhaps best of all is the very last cut.

“Sister” is something of an epic that stretches out for nearly 10 minutes and is country blues, but played through an almost psychedelic West Coast, Byrds-esque prism, and when O’Grady sings the hook line of “if I can’t hold it, then it’s just not mine,” then everything makes sense.

In his own words, O’Grady has spent 15 years honing his craft. “Topanga Mansion” proves it was time well spent.

Previous article
Dying For It
Next article
Run To You