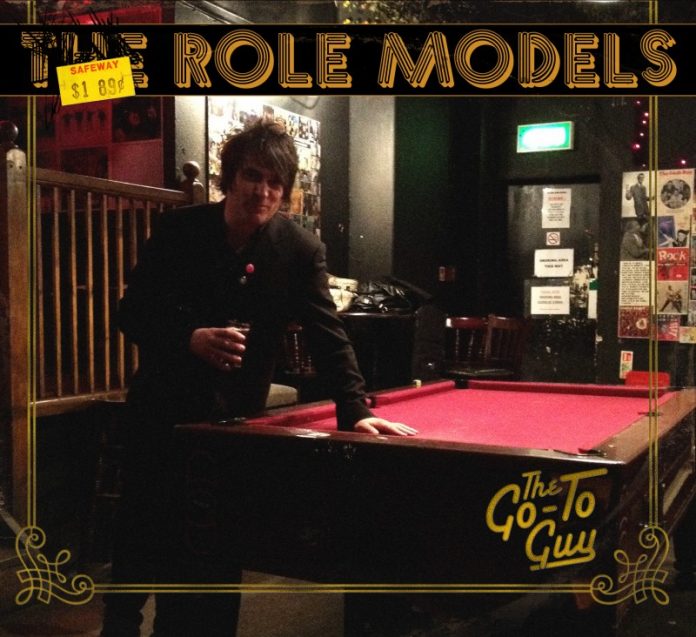 From Soho via New York. Prepare to travel back in time

Rich Rags, the main man in Role Models, speaks from the heart when talking about this album. About how he had the idea for its songs while working at the 100 Club in London. He’d come over to this shores after being spotted by Zane Lowe while in New York.

All of this happened a few years back – the club itself isn’t even there anymore but was the venue used to record Ginger Wildheart acoustic album – but it’s pertinent to the sound of “The Go To Guy”.

Back in the mid early to 1990s, those of us that weren’t totally in the thrall of grunge had thin pickings. Most of the best stuff was coming out of the U.K. The Wildhearts, The Dog’s D’Amour, all made brilliant stuff, then a little while later along came bands like Honeycrack, The Yo-Yo’s and The Loyalties to do the same.

And, if you have a longing for those times – or dammit if you never actually left – then Role Models is an album you quite simply have to explore.

One of The Yo-Yo’s is here, drummer Simon Maxwell, guitarist Rich Jones (Michael Monroe, The Black Halos) is too, Sami Yaffa (Michael Monroe, New York Dolls) is lending his bass to a tune, and the album matches up to the cast list.

Clearly influenced by the twin places in his life – New York and London – Rags has constructed a quite brilliant album, shot through with the songwriting of Tom Petty, the punk grit of The Replacements, but also the very British feel of some of the music.

About halfway through “The Go To Guy” comes “Cherry Dear” the song that best sums all this up, a magnificent, ebullient work. It’s followed up by “(Where They Only Half) Know My Name” featuring some superb loose limbed guitar work from Rags, it’s a tale of living in London and trying to make it and is one of many on the record that appear to be deeply personal.

Some of the more – you guess anyway – biographical moments concern the darker side of life, “Nowhere” for example sees Rags “kissing ’till the Coke wears off” you imagine it’s not a sugary drink either. But that it does so over a Silver Sun type cheery tune complete with handclaps, no less, means you have to peel away the veneer to get to the truth. A little like Soho itself, in that respect.

At its best “The Go To Guy” is absolutely thrilling. It’s opening gambit “Lie For Today” could have come straight off one of Ginger’s solo records, “Saturday Night Sailor” has a hook and a chorus to make New York Dolls jealous, and “Show Me” has echoes of in Rags’ words his’ “teenage make out soundtracker” Tom Petty.

Indeed there’s a feel of paying homage to heroes throughout this. The title track for example, is out of character with the rest of the record with its sub two minute punk assault, but it’s so lovingly done it not only feels right, but it could be The Replacements and is absolutely perfect.

An album which, says the man behind it, is to evoke long lost summers and maybe they don’t make them like this anymore, except for one thing, The Role Models have, and “The Go To Guy” is brilliant.