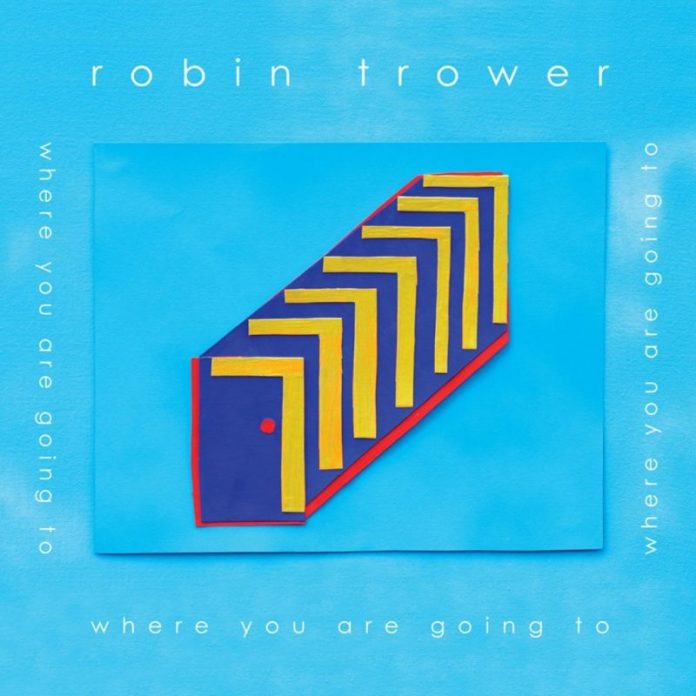 MV is thirty years away being 70 yet – although god knows we feel it some days – but in three decades’ time, we can only hope that we possess the same drive and work ethic as Robin Trower.

Turning 70 last year, he celebrated by going on a huge tour, and confessed since that he still plays his guitar for two or three hours a day, and only stops writing when he’s on the road. The old adage, though, still rings true. The more you practice the luckier you get. He’s got plenty to say too – because make no mistake, the ten songs that make up “Where Are You Going To?” are as faultless as they are classy.

On it Trower plays all the instruments except drums – these are handled as they were live by Chris Taggart – he sings them too, and he hasn’t sounded this good in years.

Part of this is down to the real emotion and pain that the lyrics betray. Two of them “We Will Be Together Someday” – a gorgeous jazz infused ballad – and the bluesy shuffle of “I’m Holding On To You” are dedicated to his late wife. The latter in particular wraps up real personal lyrics around its classic strut.

Maybe it’s an age thing, but often here Trower seems concerned with mortality, “Ain’t No Use To Worry” – an almost perfect slice of modern blues – faces the future with stoicism and concludes with a smile “ain’t no use to worry/when your time will come/you might as well worry about the rising sun” is his take on the future.

Trower’s guitar playing here is incredible. “When Will The Next Blow Fall”, the record’s opening track, is light and airy while the title track, which follows almost without a pause, has managed a mournful solo before he’s even opened his mouth. The singing too offers something and frequently adds to the weight of emotion here.

On occasion, hair is really let down. The Hendrix-type swagger of “Back Where You Belong” is great fun, “Fruits Of Your Desire” – which begins with a scream no less – is funky and sassy, and there’s a bar room feel about “In Too Deep” which recalls Stevie Ray Vaughan.

An album that is as versatile as it is superb, “Jigsaw” is simple and stripped back, while “Delusion Sweet Delusion” concludes things with a smile on its face and a stiff upper lip: “Take triumph and disaster,” it says. “And treat them both just the same.”

“Where Are You Going To?” is definitely the former, as it is an absolute triumph from start to finish. The sound of Robin Trower stretching himself and reaching deep inside to find something magnificent. It is hands down his best record in a very, very long time.