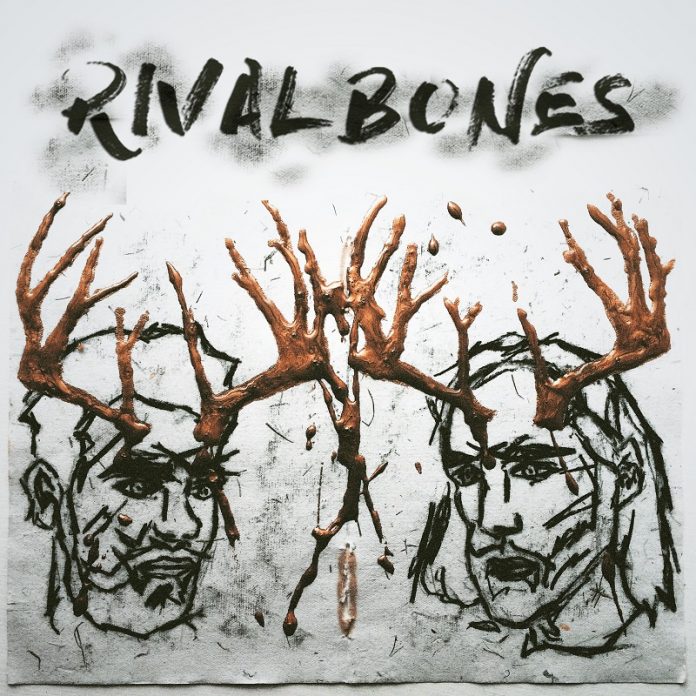 Everywhere you look these days, there’s a two-piece band it seems.

From Royal Blood to The Graveltones, there are many a duo looking to extract something primal from something (and it is a fact that your pair always sounds rawer than a conventional band)

The best of them, like the awesome The Picturebooks, are out on the infantry line of pushing the boundaries and there is something of that about Rival Bones too.

The Merseyside based unit featuring ex-Boss Kelloid man Chris Thomason on drums and James Whitehouse on riffs and astonishing voice, prove their opportunities are pretty much limitless on this, their debut EP.

Only four tracks, but my what a quartet they’ve announced themselves with, “Want You Madly” is exactly what Audioslave should have sounded like – if only they had added a “na na na” hook with no shame at all.

If that indicates a gift for mighty riffery, then there is a kind of pulsing urgency about them too. “Marceline” offers guitars that evoke memories of the good old days of “Polythene” before Feeder went shit, and the loud/quiet dynamics on these songs are all important.

Nothing here is too long, as if each track is a blitzkrieg raid behind enemy lines, “Hives” for example crackles with electricity and when Whitehouse roars “the world is on fire and the only one aflame is you” he seems to mean it.

The closing “Running” opens with a mighty drum beat from Thomason, but soars off into some kind of early Soundgarden hinterland before you know it.

Early days, perhaps, but there is every reason to get excited about Rival Bones. To catch a band when they are really sparking at their genesis is a rare but mighty thing.

This is top stuff. Make no bones about it. Two, in this case, is a magic number.