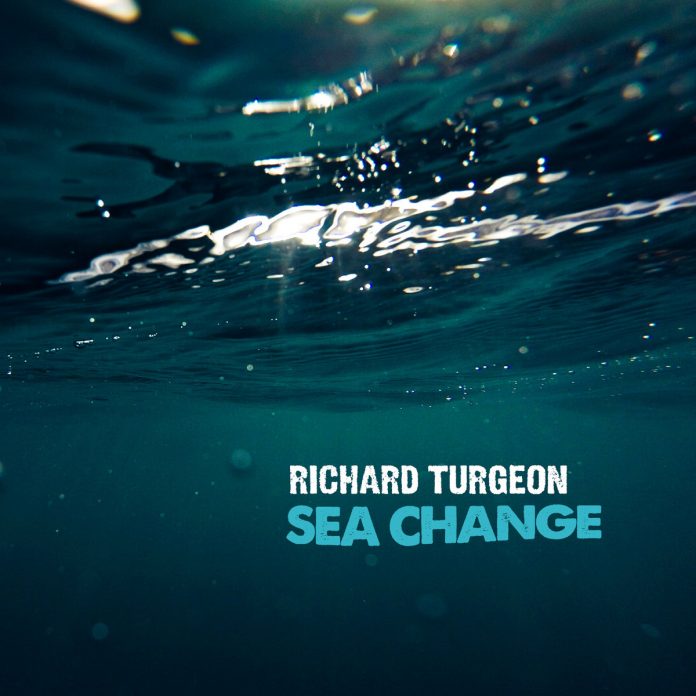 As, to be quite honest with you, I’d never heard of Richard Turgeon until “Sea Change” arrived in my inbox a week or two back, I thought I’d best spend my usual 30 seconds doing extensive research.

When I did so I happened across Turgeon’s Bandcamp page, which said this: “I’m a suburban dad who writes, performs, and produces original rock songs. I play most of the instruments myself.” Which is beautiful and wonderful all at once, but there was something even more telling underneath.

On Christmas Day 2018 he released an album called “10 Covers”. On it, are his versions of songs from the likes of Tom Petty, Nirvana, Cheap Trick and The Lemonheads. The one that caught my eye, though, was track two. “Hey Jealousy” by The Gin Blossoms. One of my favourite songs, it contains one of the finest lines of all time: “if you don’t expect too much from me,” it goes. “You might not be let down.”

Not only, at that point, did it feel like me and Richard had some kind of kinship, but all those bands listed above – if you added in a bit of Oasis to the mix – you’ve pretty much got “Sea Change” nailed.

This is rooted in the mid-90s, but not in some dated way. The chunky riff of “Still Not Ready To Die”, is a case in point, and Sturgeon has that Gin Blossoms type gift for making things seem catchy. “We made a mess of things but we’ll never know why” he sings, but it also sounds oddly hopeful.

“Summer Revolution” has an effortless glee, one that suggests that as long as we have music we’ll be ok, that its up to us, if you will and the slightly indie tinged “Car Crash” adds some superb harmonies. Studio technical wizardry aside, there is something organic about this. A real skill and craft.

“Running For Your Life” explodes into life in its chorus, with a raw, almost punk riff. If its Nirvana-esque then its “Bleach” rather than “Nevermind”, but there is something uniquely American about the sounds of “Higher”. British bands can never seem to get the Paul Westerberg/Replacements vibe right. Turgeon has here.

He finds interesting ways to write about subjects. The young girl following the band around in “Jolene” has a universal quality. Anyone who has followed bands around would recognise the characters, and even the more pop stylings of “Sunset” are perfect, laid back and a bit more jangly maybe.

Whilst a number of these songs have been released as singles previously, one of the unheard ones “Skid Row” is one of the best. It heralds an end to the album with a slight change of mood. The last couple would have found themselves right at home in “Cool Britannia”. That era where Oasis could play to 250,000 people in the UK and about 25 everywhere else. The acoustic, slow building “The Journey” has designs on huge things, while the even better “Cull The Herd” had me recalling “All Around The World” at one point.

“Sea Change” is fabulous. There are many reasons for it, but the overriding one is this: It’s independence. It’s the sound of a man that wanted to make a record with his heart on his sleeve next to his influences. Many could do that. Richard Turgeon’s real skill is that he gave this entirely is own stamp.