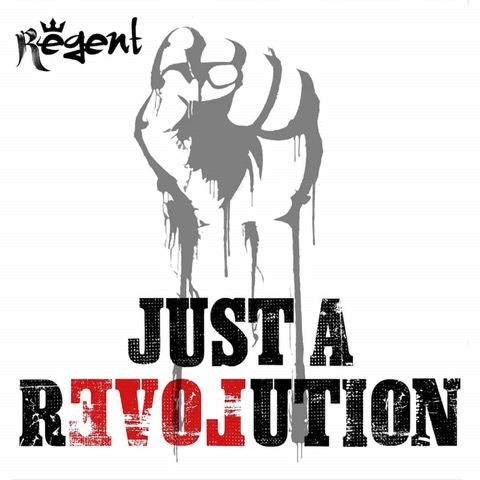 The album opens with title track `Just A Revolution` and has all the swagger of a band ready to explode. It kind of sways along with vocals that are almost belligerent verging on aggressive possibly challenging all comers. There`s a pounding thumping grinding bluster to `Dirty Little Sinner` which had that vibe that Kasabian were so good at around the time of `Shoot the Runner`

` Let’s Go Out` has a grungier texture with some sleezy guitar riffs and pounding drums with vocals layered atop. We have a deeply considered, quite contemplative number in `Today` which seems to refer to a romance gone astray that still hurts.

`Rocks My Soul` is what it says on the tin, a thumping accolade to someone special that does take a slight curve midway through with a more reflective passage before resuming it`s scorching journey. We have a fairly insightful offering with `Again` that to me has a touch of Britpop-tinged about it.

`Told You So` had a really catchy melodic sense as it bounced along. It reminded me of the interesting numbers that bands like The LA`s used to excel in. Although it moves at a slower pace `Blow My Mind` is such a powerful introspective composition. There`s a cracking guitar solo towards the end and the vocals really have that meditative feel about them. A number that will have lighters and lit phones held aloft in a live setting.

`No Going Back` is a fairy edgy number that moves along with an underlying menace about it. It does become slightly more antagonistic at around the half way mark but manages to hold itself in check. I read that `Seven Seas` is a track about grappling with “being worn out and wanting to escape the madness”. It`s quite anthemic and the exasperation is almost tangible in the vocal delivery.

`You Wanna Play With Me` is another searing rock number that had a catchy feel with hook lines that were made for chanting out loud. The album closes out with `Yes It’s Love` which had a kind of questioning ambience that brought to mind Shed Seven for some reason.

`Just A Revolution’ had a lot of confidence and swagger about it and rightly so. There are some really sweltering rock outs along with some more introspective quite reflective moments. The band are obviously influenced by the Britpop generation that has gone before but are no copyists as they impose their own stamp or take on the music.

The tracks they share are made for sharing live and I for one can`t wait for them to tour this album.