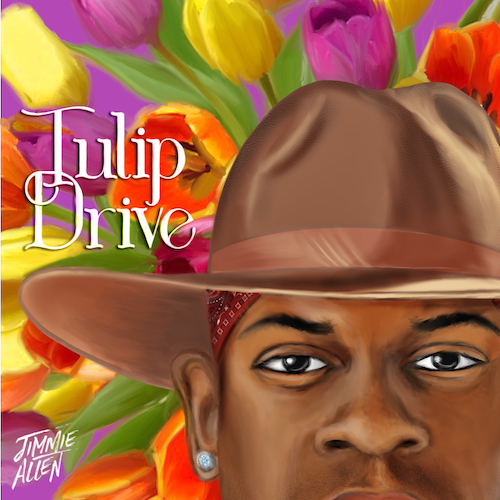 As Ricky Warwick observed on one of his solo albums once there are “three sides to every story – yours, mine and the truth.” So I want the real small town America to stand up. Is it the one of the movies. One full of working class struggle, things are difficult, there’s crime and poverty. Or is it the one in the country songs? One where its so idyllic, there’s not a cloud to be seen, where the only worries you have are running out of beer on the banks with your buddies, or which dirt road you are taking your best girl down tonight to make out under the stars?

If it’s the latter. If it is like “Tulip Drive”, then sign me up. It’s better than where I live.

This one has been out six weeks or so, and has no doubt done the same. It certainly feels like everything is in place across its 17 songs, to make Allen huge.

He understands pop music even better than most of the country poppers. “If haters gonna hate, let ‘em hate me” he sings on “Be Alright”. A plea for calm wrapped around a huge chorus. In fact, just assume they all are. Then it would help if you assumed they are laid back and sun-kissed to save me writing that again and again.

“That’s What I’m Talking About” falls in love over a soul beat, “Kissin’ You” does it over a country one, and you know what? It suits Allen. He’s being what he is.

He co-writes most of them, but “Down Home” – a beautiful moment about his dad – is no doubt a special one, and the single “Settle On Back” is one that longs for home. It’s truly lovely. It makes me want to go there myself.

There’s a definite R&B flavour to his music, but “Pesos” (featuring rapper T-Pain and CeeLo Green) absolutely puts it to the forefront. I haven’t been in a club since 1999 (there was a girl involved) and I am certain this stuff was pumping then.

In honesty, he’s better on work like “Love In The Living Room” or “On My Way” – on which Jennifer Lopez proves she’s still Jenny from the block, or “Broken Hearted”. These are neither country or pop, but some mix of the two.

“Habits And Hearts” – one of the few he didn’t write – sees a departure. Piano led, dealing with addictions, it showcases Allen’s absolutely lovely voice, while radio is going to lap up “Right Now”.

“Wouldn’t Feel Like Summer” makes you want to go to the deep south immediately. Then you remember that two weeks ago it was 40 degrees and we all moaned and stayed indoors……there’s a gentle kind of longing to “Undo” too, which is more relatable to the pasty skinned Englishmen amongst us. And if you don’t know someone like the bloke in “Get You A Girl” then fair play. I do, and I had to laugh, frankly.

That leaves just three. “Keep ‘em Coming” adds a funk and is a blatant assault on the charts. “Every Time I Say Amen” might be the obligatory gospel one, (which would normally get the skip button used) but it does mention Old Crow Medicine Show, so that’s a bonus point and the last one “You Won’t Be Alone”, for his daughter, is clearly from the heart.

Indeed, family is so at the heart of all he does (the album is named after the road his grandmother grew up on) that you wonder how Jimmie Allen copes when he’s away. The answer is, of course, he writes songs like the ones on “Tulip Drive”. An album which proves, basically, that home is where the heart is.