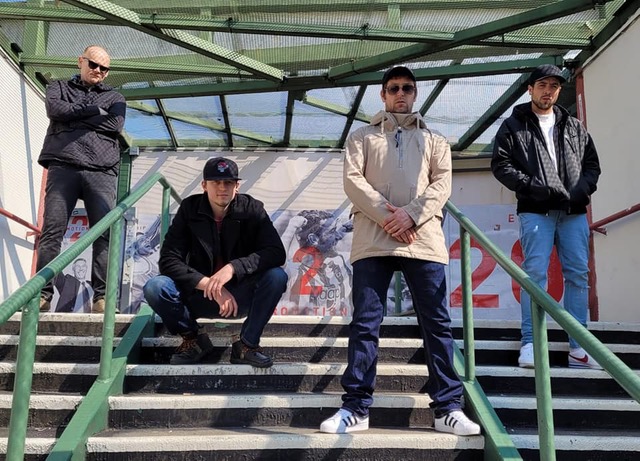 Today, REGENT return with the riotous rock’n’roll of new single “You Wanna Play With Me”.

The track arrives as the final taster of the Southampton band’s long-awaited debut album: ‘Just A Revolution’, which will receive its official release next week (12 August). Pre-order the album here.

WATCH “YOU WANNA PLAY WITH ME” OFFICIAL VIDEO HERE

Careering through an artful blend of reverb-laden stop-start guitars, jangling rock-ready beats and booming indie vocals, “You Wanna Play With Me” is a raucous and rip-roaring track with its release set to tie in with the start of the new Premier League season.

Blending an anarchic singalong chorus with a catchy melody and a snarling rock edge that bubbles just below the surface, the ruthless new cut plucks influence from rock of the past whilst charging confidently towards the future.

Of the new track, Regent explain:

“The track is about not caring about being rich and famous. It’s about not caring about so-called major record deals or so-called major money routes. As a band we make music for fun, to entertain people and as a professional hobby. If a big deal came in the right fashion we’d take it, but that won’t define us as musicians and certainly won’t stop us making music. So that’s what the track is about.. If you can’t make music to enjoy it above all else, then things aren’t going the way they should anyway.”

With a string of thunderous singles under their belts, including “No Going Back“, “She Rocks My Soul” and “Yes It’s Love”, the South coast indie-rock four-piece are finally preparing to release their first full-length album on 12 August 2022. Promising a heady amalgam of rip-roaring rock beats, reverb-laden driving guitars and feel-good earworm melodies, their debut LP ‘Just A Revolution‘ will see Regent lighting up the summer with their patent brand of modern day rock’n’roll.

Earning a cult following across the UK and a reputation as one of Southampton’s finest emerging acts, Regent have been praised by the likes of Louder Than War, Earmilk and Gigslutz, and have gained radio play from Radio X, Frank Skinner on Absolute Radio, Amazing Radio and BBC Introducing as well as RTE2 in Ireland and SiriusXM in the US.

The group’s merciless sound has also attracted attention across TV and sport, with previous releases receiving airplay on Soccer AM, Sky Sports Darts, the Premier League, BBC Six Nations Rugby and most recently BBC One‘s Match of the Day.

Now, with its driving guitars, ground-shaking rhythms and raucous, earworm feel “You Wanna Play With Me” is further cementing Regent as firm indie-rock ones-to-watch for the summer and beyond.