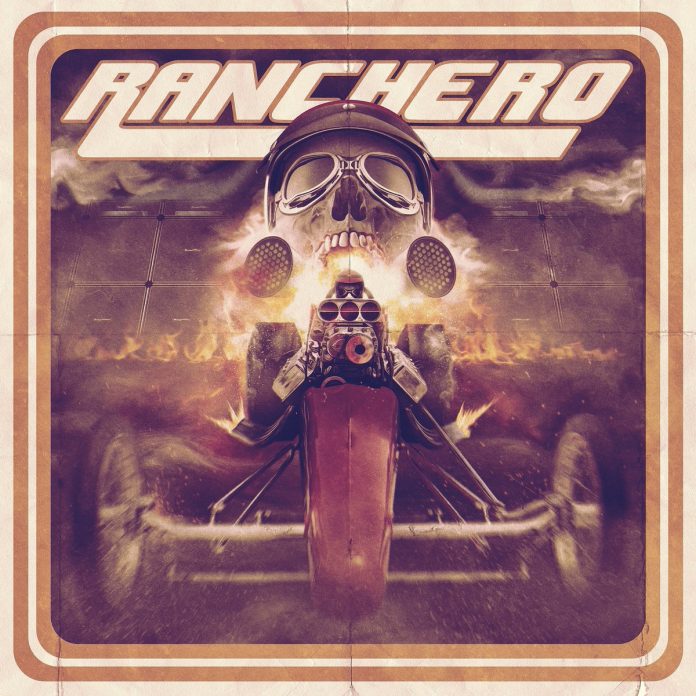 If I said to you “a brand-new band out of the Bay Area” what are you going to think? Well, there’s a choice of two, isn’t there? It’s either going to be a thrash metal thing, or some West Coast Psych, right?

Wrong. Nobody in Ranchero is remotely bothered about such things – brother, all they want to do is rock.

In fact, they sent this to MV themselves. Most of the bands that do this use about 500 words when ten would do (not that I ever do that, of course……) not Ranchero, no sir. In two sentences they nailed it. Guitarist Beau said merely this: “3-piece band playing greasy rock n roll with a bluesy/hard rock/stoner edge.  Influences ranging from Sabbath, Fu Manchu, Orange Goblin, ZZ Top”.

ZZ Top rule all, Orange Goblin are Gods, what’s not to like? In short not a damn thing. The record is all the things it promises and more.

“No Time To Waste” is aptly named. There’s no excess fat here. Instead there’s tight grooves and there’s cowbell. There’s a threat of violence, too. “Four figures will enter, but only one will leave……” snarls Johann Hill, and by the chorus he’s putting it simply: “why don’t we take this outside,” he suggests. “This is beginning to bother me…..” So, its got riffs, its catchy as hell, and it wants to fight you. That, right there, is all that biker rock should ever be.

“El Torino” makes good on those OG promises, but I’ll add another name in there too. Corrosion Of Conformity, anyone? Southern fried, greasy as hell, and with a proper lead sound, it is superb

“Swallow Your Soul” crushes everything it comes into contact with, and Hill’s four string provides the bedrock on which it is built. “Jesus With Blacked Out Eyes”, on the other hand, is the heaviest of heavy blues, and I am not sure I’d fancy being the target of the lyrics, frankly – there is something just a little unhinged here.

“Gypsy Highway” (and I couldn’t help thinking of Cinderella) is a crunchier, punchier affair. Monster Magnet might do this in their rockier moments, but there’s a small-town frustration about it, that many bands like this don’t do.

“Puking Oil” is fast, frantic and like my boys The Almighty on “Just Add Life” (praise don’t come higher) while “Big Wheel” is as dry as the desert dust, but still understands rock n roll should be about fun and melody.

Not being a car type person, I had to look up what “Ranchero” meant. Turns out it is one of those classic looking American motors from the 50s. Like the email, that’s apt too. Because, “Ranchero” absolutely purrs. Three piece bands are invariably ace. Here’s one that most certainly is.