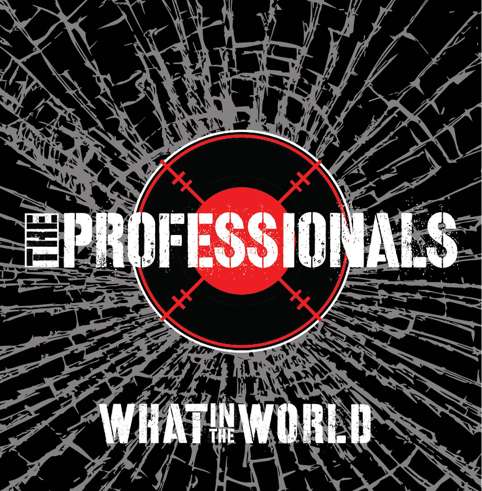 Formed by Paul Cook and Steve Jones, The Professionals arrived on the scene in 1979 following the demise of the Sex Pistols, but split just 3 years later. The Professionals reformed in October 2015 (minus Steve Jones and with the addition of Tom Spencer) for an acclaimed show at the 100 club.

Fast-forward to 2017 and the new band spearheaded by Paul Cook, Paul Myers and Tom Spencer release the first material under the Professionals name in 35 years with the full blessing of founding member Steve Jones.

The guys’ standing means that they could call upon a handful of special guests to lend support to this release and first up and obviously giving his blessing is ex member Steve Jones and The Cult`s very own Billy Duffy. They add some spice to the wonderfully anthemic “Good Man Down” where the idiom or expression showing the will and determination to overcome any obstacle or challenge is given a platform. This is a cracker of an opener and I defy anyone not to be humming the words of `You can`t keep a good man down` well after hearing this.

Def Leppard`s lead guitarist Phil Collen appears on “Let Go”, another blistering track that I’m sure will become a real sing a long favourite in a live situation. Almost like a battle cry. This song reminded me of the wonderful songs that Stiff Little Fingers write.

“Going, Going, Gone” again throws up Jones and Duffy. The song has a sleazy garage rock feel about it and gives a real stage for Tom`s gravelly voice. The guitar licks are terrific with a sort of punk meets Thin Lizzy riff. It`s also is a fitting tribute by the band to the late Lemmy Kilmister and David Bowie.

“Extremadura” has pounding drums, thumping guitars and some great little guitar twists. An ode, maybe, to the autonomous community of the western Iberian Peninsula with the lyrics ` Extremadura, why can`t you shine your light on me` or maybe a love song of sorts. A great song nevertheless. It has The Clash`s Mick Jones on guitar and Victoria Liedtke, one-time singer in Ginger Wildheart`s power pop band Hey! Hello! on backing vocals.

Another sure fire live favourite will be “Rewind.” Again, Phil Collen helps on guitar on this ditty about a lost love, a relationship that the narrator would like to revive. I can imagine the words `Wont you come back to me, sweet memory, come back to me, rewind` being sung along with.by the faithful.

“Hats Off” has Guns n `Roses`s Duff McKagan and Chris McCormack guitarist with 3 Colours Red giving a helping hand on this real rock out number before Adam and the Ant`s Marco Pirroni joins in on “New Generation”, a similar type of rock outing.

The albums penultimate track “Bad Baby” has a larger than life feel about it and has some great abstract guitar riffs midway through. I really loved this track, the music slightly unnerving at times.

“Monkeys” completes the offering and it`s a political diatribe towards our world leaders, the chorus lines of `see no, hear no, feel no evil, where did your monkeys go` being almost spat out against an in your face rock out assault. Duff McKagan and Phil Collen responsible this time for the guitar refrains. A thumper to end on.

Whoa, what a great album! There is nothing ground breaking here but regardless, this is a stunning album with heartfelt, honest lyrics set against some wonderfully energetic rock`n`roll with real attitude and swagger from guys who have lived a life.

Twisting the sentiment from one of the songs, you certainly can`t keep Good Men Down.