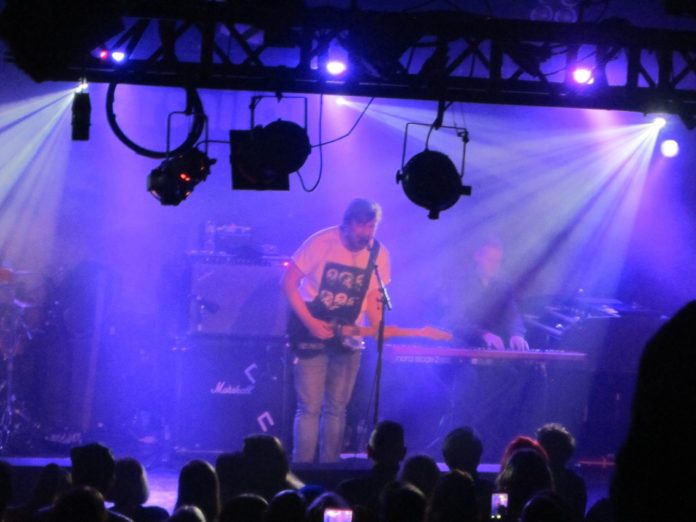 Back together and on the road promoting their brilliant recent release `All This Life`, and our Damian is there.

Starsailor hit the Midlands. The show kicks off with the wonderfully anthemic ` Listen to your heart`, with `Alcoholic` and `Poor Misguided Fool` quickly following sending an already excited audience into a frenzy. The title track ` All This Life` is shared and it`s almost as perfect a pop song as you`ll hear. An upbeat, uplifting tune with some wonderful musicianship and superb vocals to compliment.

A voice from the audience shouts out something to which James responds with “what he said. as long as it`s not offensive” and even though I’m local I couldn`t decipher what was offered. We get the funky `Take a little time`, the thought provoking `In the Crossfire` and heart-warming `Lullaby` and `Fever` before the guys come up for air.

James picks up an acoustic guitar and shares a very touching tribute to the recently departed Tom Petty with `American Girl` James tells us that the next song hasn`t been played live on the tour yet and heads into the stunning `Sunday Best.` `Caught in the middle` with it`s hard hitting lyrics follows before `Tie up my hands` where the couple next to me start slow dancing. The band then share some really uplifting tunes with `Best of Me` where the faithful sing along with all the “oooohhss”, my favourite `Tell Me it`s not over` and `Four To the floor` before taking their leave with `Silence is easy` It`s not long before this sold out crowd ensures the fellas head back for a well-deserved two song encore with `FIA` or `Fuck It All` and the beautiful `Good Souls`

This was a terrific show. A night of accomplished musicianship and well-crafted tunes.

After this, their fifth studio release, I feel there`s a much more mature quality to the band, they put across some poignant and intelligent lyrics to such emotive melodies, which doesn`t fail to hit home. Thank you, Messer,`s Walsh, Stelfox, Westhead and Byrne.