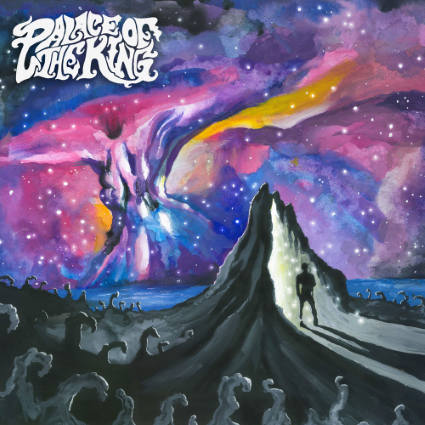 All aboard the retro rock bandwagon with hotly tipped Aussies

The preamble around this band was largely to do with the fact that Joel O’Keefe of Airbourne liked them. Add in the fact they are from Australia and you can – and most probably will – make a lot of assumptions about a lot of things.

The thing, though is this: POTK sound not a jot like AC/DC – or Airbourne- for that matter. Rather they owe so much more to the retro rock of Rival Sons than anything Angus and the boys might conceive.

The clues are there right from the opener “Take Your Medicine. ” It comes swaggering through your door, high-fiving on its way in like somebody that really wants you to know they’ve arrived at a party, and there is surprising level of funkiness here.

“No Chance In Your Hell” outdoes it for urgency, and let’s be honest could actually be a Rival Sons tune, but the pick of the early going is the bluesy fuzz of “Another Thing Coming.”

If the record wasn’t you were expecting at the outset, by the time “Burn My Bridges” turns up, built around Scott Johnston’s swirling keyboards and a genuinely slamming chorus, you are not just familiar with it, but it’s welcome to stay for as long as it likes.

Nominal title song “White Bird,” does more of the same, just a little heavier, as singer Tim Henwood gives it what you might call “the full Robert Plant” as he prepares to take on all-comers. “Ain’t Got Nobody” is a Deep Purple song in all but name, and the strident groove of “Leave Me Behind” pulls off its aims with the confidence of a band that has warmed to its theme.

To be fair to Palace Of The King, there’s barely any let up’s here, “Devils Daughter” drips with sexy sass, as you kind of expect and want a piece of music with that title to do, and “Get Back Up” with the best use of Harmonica this side of Aerosmith, is probably the most impressive song on a very good collection indeed.

Things end with “If It Ain’t Broke” and the symbolism for the entire record isn’t lost on anybody. There is precisely nothing original whatsoever about Palace Of The King or indeed any of the music on this album. Does that matter? Not a bit. It’s called Classic Rock for a reason, isn’t it?

A year or so back, the music press collectively wet its pants over Rival Sons’ “Great Western Valkyrie” album. “White Bird/Burn The Sky” is for our money a better bet. A refreshing record that doesn’t try and be anything it’s not for this white bird, that must be a feather in the cap.