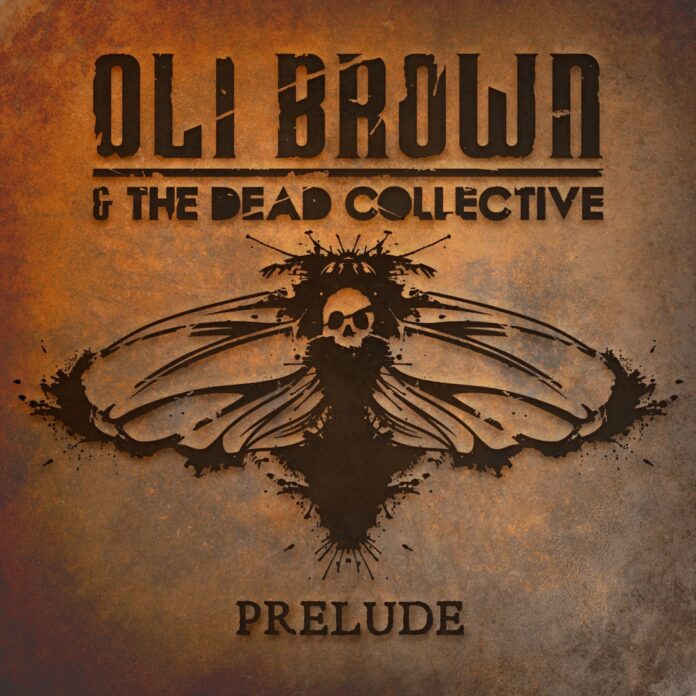 15 years ago or so I went to watch Walter Trout for the first time. Walter is a genius. That’s a fact. The opening act that night was a young Blues guitarist who’d just stuck his debut album out.

Oli Brown has grown up since, for damn sure. First as the frontman for the wonderful RavenEye, now as the lead man in Oli Brown and The Dead Collective.

The key word here (if we may attempt some cod psychology) is “collective” because it seems to me that Brown is one of those chaps – a bit like Laurence Jones perhaps, who similarly burst on the scene to save the blues, around the same time – who has never sat comfortably conforming to anyone’s expectations, but also feels happier in a band.

This new one has given us “Prelude”. Four tracks by way of a hello and to get us ready for the shows they’re playing with The Answer in March, and they are (as often is the way on anything Brown does) magnificent.

The rest of the collective, Alex Phillips on bass, Andrew Banfield on synth and Wayne Proctor (ex-King King et al) on drums are in mighty form too, as they manage to find a different twist on anything that any of them have done previously.

There’s an almost Royal Blood crunch to the opener “Heard It All Before” (is it a little too on the nose to say you haven’t, at least from Oli Brown). The grooves are thick, the harmonies heavy, but crucially the words too, are more world weary and dark – that last bit actually applies to the whole EP. As does this: the guitar playing, crikey! There’s a bit where a solo explodes out of nowhere and it’s like announcing a return.

“Sinking Ship” is built around a bass thud, like its lurking in the shadows for you, ready to attack. “Everybody needs to understand they’re trying to find the answers they’re searching for” sings Brown and maybe that’s what he’s doing here.

The other track here is “Haunted”, and its on twice. As if to prove that a great song is a great song however you play it. The first version is the most “blues” thing on the record (although it’s very much Oli Brown in 2023 as opposed to the young tyro in 2008) while the acoustic version – with strings from Jo Quail – brings a totally different side to the track to the fore. Fragile, lost even, its bleakly beautiful.

You can go two ways here: you can, if you like say “these four songs show great promise” and keep it like that, but better, surely to get hugely excited? Look, this might be the “Prelude”, but the main event promises to be sensational. Indeed, for Oli Brown and the Dead Collective, the dream is very much alive.