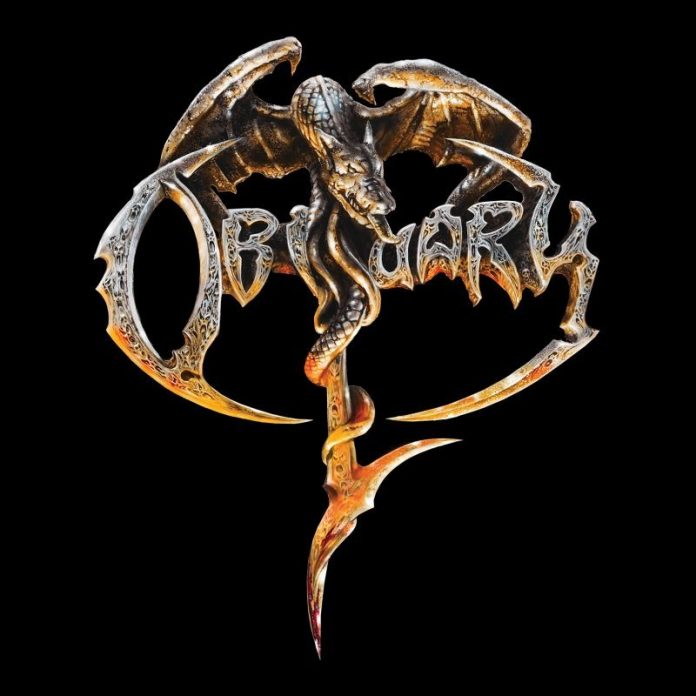 The idea of “maturity” in music is a vague one at the best of times.

The notion that you are supposed to sound a certain way because you’ve been making records for over 30 years – like you are in some way to be “grown up” and write something that you don’t believe in – has always seemed rather nonsensical.

That way madness – or at the very least bland, anodyne shite – lies.

Thank Christ – or Satan, whatever, we’re easy – that no one told Slayer this type of thing (and as an aside, wouldn’t you love to be a fly on the wall at the meeting where someone told Kerry King their next album was going to be introspective?!) and thank whatever you choose that Obituary have chosen to go down the same path.

You almost knew they would, as soon as you saw the album title.  If Obituary were going to give this one their band name then this was never going to be anything other than nasty, vicious  and breakneck stuff.

It is all that and a lot more. And it might as well be said right now that it is quite brilliant.

If no one was really expecting the EP that emerged last year, then equally it was something of a shock that this ten tracker followed so soon after. It does, and it finds the five piece in rare form.

Pick a song from opener “Brave” to the closer “Ten Thousand Ways To Die” and you will essentially find the same thing. Riffs at a million miles an hour, solos that are faster, and when it does do a breakdown then you’d best believe these are earth shakers.

To call this mighty does the word an injustice. “Sentence Day” passes by in such a blur you barely have time to register just how good it is. Death metal yes, but no one does it quite as thrashy as this, and no one sounds like James Tandy on vocals, no one plays drums like his brother Donald and there isn’t a guitar paring with the sensibilities of Trevor Peres and Kenny Andrews in extreme metal.

The four – together with the pummelling bass of Terry Butler – are right at the top of their game throughout. Almost hardcore in its intent “End This Now” is a broken bottle in the teeth, “Kneel Before Me” channels some kind of malevolence and whatever “it” is, in “It Lives” you had best steer well clear.

It is rare that something is as genuinely hate-filled yet so accessible. “Betrayed” settles itself into a groove, and “Turned To Stone” – which for this record is positively epic at over four minutes – is perhaps the heaviest work here, which for the sake of argument makes it very, very heavy indeed.

The opening line of “Straight To Hell” seems to capture the whole vibe here: “We’re going straight to hell, on a one night train” growls Tardy. And believe us when we say, it is the devil himself that needs to be scared.

This is the sound of Obituary coming back to claim their title as the Kings of Death Metal. And they’ve done it in style.