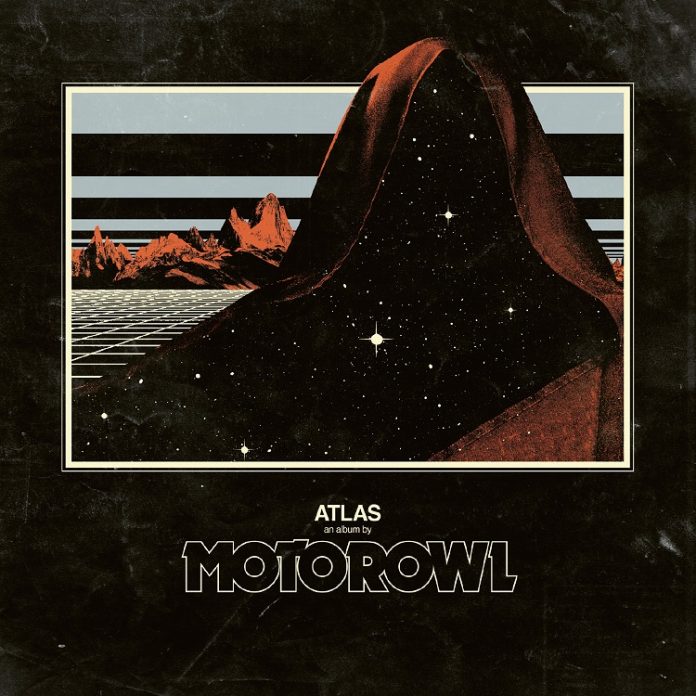 A couple of years ago, a young German five piece emerged from nowhere to stick out a debut album that was pretty impressive. Motorowl, though, never struck you s the type of band that fancied resting on any laurels or admiring what they’d done – however good it was.

So it is that now, when they come back for round two they sound, if not quite like a new band, then certainly a different beast.

“The new album is definitely a step forward. I don’t know which direction it is but it feels great.“ says Max Hemmann, the bands singer and guitarist and that’s just about hitting the nail on the head in truth. You only have to look at the array of bands that they’ve toured with since the debut to see that Motorowl are not your conventional outfit. They’ve been out with acts as diverse as Sólstafir, Die Apokalyptischen Reiter, ’77, Grave Pleasures and opened several shows for High On Fire. Pigeon hole that if you dare.

Seven songs – and a 45 minute journey into just about everything – begin with “Infinite Logbook” which, after making good on Hemmann’s claim to “contain traces of Iron Maiden” in its opening riff, is soon off down some strange synth-type path, and for all that this is a metal record – just check the lead breaks – it is one that knows its way around German kraut rock too.

Indeed, the keys and synths of Daniel Detlev are as much part of this as anything. “The Man Who Rules The World” is a thumping, meandering prog rock epic, but one which has some very tasty organ and is the type of thing Horisont might do if they got really spaced out.

The title track, in fact, is built on an organ riff – and Queen’s “I Want To Break Free” kept swirling round my head, but it has a modern, almost Tesseract feel, although thankfully all the vocals steer clear of the growling.

“To Give” – the shortest thing here at just over five and a half minutes – is heavier when it builds and gets through its eeriness. There is the air of Dream Theater’s oppressive, all-encompassing sound too, while there is something a little unsettling about its companion piece, “To Take” which pervades throughout. A whiff of the occult, maybe? Whatever it is, this is not the work of a young band.

As if to prove that nothing whatsoever was off limits, there is a piano at the start of “Cargo” but there is also some thunderous drums thrash metal style from Martin Scheibe before its conclusion.

A record that is never shy of a wander, saves its biggest meander for last. “Norma Jean” has an ominous, Sabbath like riff, before it is off to explore. Finding gold where it does its prospecting too.

There was a feeling on the debut that this was a band who was prepared to go it alone. That is perhaps even more prevalent here. However, “Atlas” can essentially be summed up in one word: “ambition” and with it, Motorowl can really start to fly.