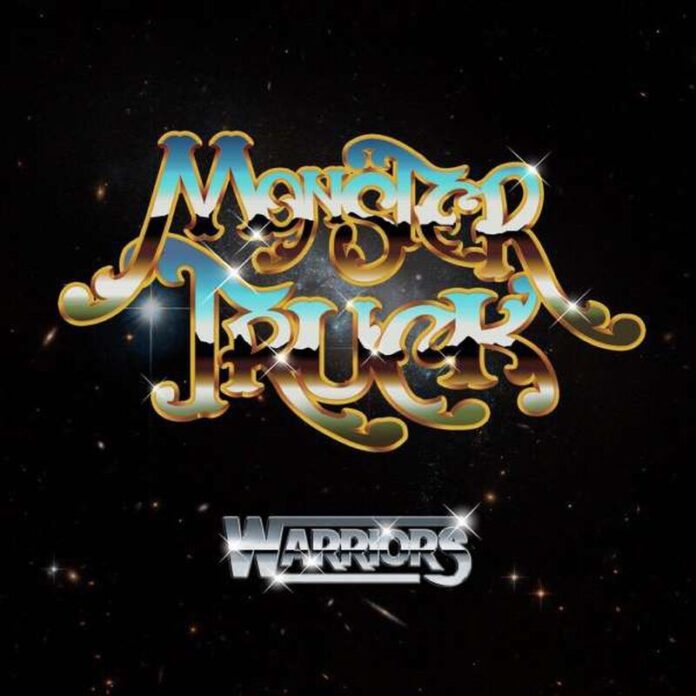 : a person engaged or experienced in warfare

broadly : a person engaged in some struggle or conflict

Or as Jon Harvey, Monster Truck leader reasons on the title track: “when passion beckons, we answer the call….”

Rewind eight years. A then little known Canadian band released an album called “Furiousity”. It is no exaggeration to say that one of the reasons MVM started was because I loved it and Monster Truck so much and wanted to tell everyone.  I went to see them open for Vista Chino. There was me and one other bloke as far as I could tell that weren’t there because john Garcia of Kyuss was the singer in Chino. There was a moment when they played “Sweet Mountain River” and I celebrated like a goal had been scored.

So yeah, look, this is one of those reviews where its kind of pointless me putting a score on thing. I love this band, I love this album. In fact, “Warriors” is exactly the reason why I only ever review records I like. Why would I be arsed criticising some band who had poured their heart and soul into something just because its not to my taste? Especially when music exists like this.

Even for Monster Truck, mind you, this is good.

After the title track (think Black Stone Cherry after Bench Pressing all kinds of weight) there’s a trip to “Fuzz Mountain”. I don’t know where it is, but I want to go there. Jeremy Widerman joins Harvey a top there, bringing the riffs (and if there isn’t a fan so their hair is blowing like Slash on the November Rain video I am going to rage).

I’d also like to meet whoever “Golden Woman” is about. I suspect she’d scare me shitless but I’d enjoy looking. The song is a pure banger. A band at one with rock n roll. The girl probably doesn’t exist, but she’s a rock n roll fantasy. Like the rest of it.

When it wants to, “Warriors” slams. “Live Free” goes back to the early days. Brandon Bliss’ organ is a work of beauty and he adds to the sound incredibly. Live how you want to live. Live proud. Fists up high. Denim clad too. Patches on your jacket.

“Country Living” is one of those songs. Not unlike Blackberry Smoke, that puts you so in love with the American south that you want to move there yourself, write songs on your back porch and give the world the middle finger. Or your boss. Or your ex. Whoever. This is your anthem and “if you need me, I’ll be out in the yard.”

I’ve listened to this album about 57 times since I was sent it, and consequently have had about 57 different favourite songs on it. This time around its “Get My Things And Go” – featuring Chris Robertson of the aforementioned Black Stone Cherry. Essentially, a bloke gets off work early to find “my wife doing things I couldn’t get her to do to save my life”. Rather than moping, he gets his stuff and does one. I’ll bet he made sure his guitar was in the boot. Why? Because music is all that matters that’s why.

“Love And Time” manages to a big arena filling swaggering beast, Mountain would be proud. And whoever is “in big trouble, pal” in “I Got a Feeling” needs to leave town. There’s a feel of a gang about Monster Truck and all the best bands have the feeling that if you take them on, you’d best come heavy.

“Wild Man” continues that theme, but it sounds so gleeful, so sure of itself that you can’t fail to love it. The same is true of all of it. And as the closing “Still Got Fire” seems underline, they aren’t going to the sunset yet. Rather, they are raging down the fast lane, hair swinging, tunes blaring, not giving a monkeys what anyone thinks. Ask Danko Jones (Google it).

All of this can be summed up in two ways. First you can say what Mike Inez of Alice In Chains said about them – to listen to Monster Truck was “sweaty pig sex with an ex-girlfriend.”

Or you can put it like this: I was listening to the radio the other day and they were advertising a short story competition. One of the judges reasoned that a short story didn’t need to be the whole thing, just to distil the essence and flavour.

And in just over half an hour, that is Monster Truck. That’s why they are the best at this. Their battle is real. Their passion is greater.