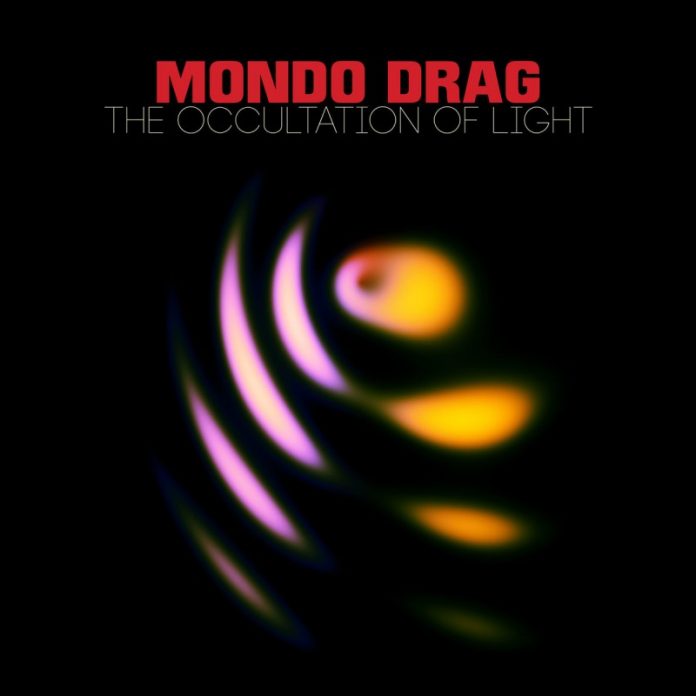 Mondo Drag is a five piece band who relocated from Iowa to Oakland, California in Spring of 2013.

The Occultation of Light is the bands third offering since forming in 2010. There have been a few line up changes but the band seem to have stabilised with John Gamino (vocals keyboards) Nolan Girard (Guitar / synth) Jake Sheley (Guitar) Andrew O`Neil (Bass) and Ventura Garcia (Drums).

The opening track “Initiation” has a very jazzy feel to it, much in the vein of the wonderful Return to Forever but second track “Out of Sight” has more of a Black Sabbath come Deep Purple vibe with a superb flowing organ at its heart before veering off with drums and guitars then ending with a crazy synth.splash.

Gamino`s understated vocals remind me a lot of the marvellous Ian Anderson from Jethro Tull at his best.
Next up is “Rising Omen” a trippy prog piece which moves us along in a dreamlike fashion.

“Incendiary Procession” is a four minute slice of instrumental heaven, swirling synths, gentle guitar, pounding drums, driving bass, a track that the great Dutch band Focus would be proud of.

The following three tracks “The Eye”, “In Your Head (Part I & II)” and “Dying Light” get us up tripping out with layers of drums, bass, guitars and synths with minimal vocals. I really got lost, in the nicest possible way, in these tracks with the stunning musicianship offered. It’s a fine balance the way the band have used Gamino`s rich vocals.

The final piece on offer is “Ride the Sky” a much more straight forward rock come prog track showcasing Gamino`s vocal range and the tightness of this band. They had come into the studio after a month on the road to lay these tracks down and it shows.

This is a marvellous album which will set down a marker for all the new wave of progressive rock bands to follow,
A hats off to bands that have gone before such as King Crimson, Yes, ELP, Gong and Hawkwind but this is very much their own creation.

A real classy serving of prog rock for the 21st Century.