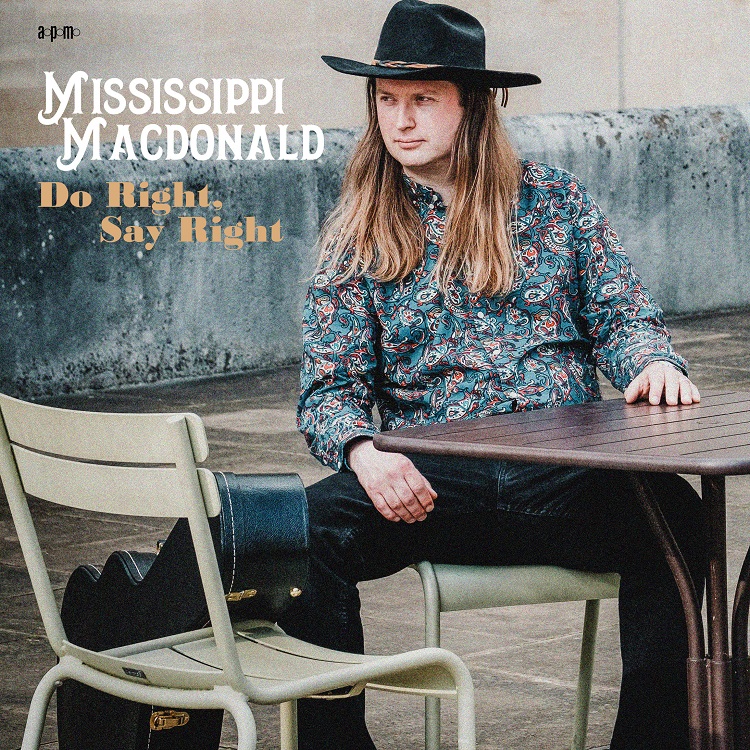 Before we get started, let me explain to Mr. Mississippi MacDonald that I know what a good cup of coffee is, and it doesn’t matter how long you boil the water for, it just matters that they keep coming, and as such, frankly, he can shove his assertion that “if you take it easy, you can have a second cup, just before noon,” right where his Gold Blend don’t shine. Ok, it might be a euphemism, but I take my coffee seriously.

All of that has to do with a song called “If You Want A Good Cup Of Coffee” – a track towards the end of “Do Right, Say Right” – and there is another reason for starting with it.

Hands up here, I try not to lie on these reviews. And it was on that song about boiling water and sugary lips that it happened. “It” being this: I got to a line about “two digestive biscuits” and thought to myself, “blimey that’s an odd phrase for an American to use….”.

Now, the rest of you – the people that know your stuff and aren’t chancers like me – are way ahead of me here, but only then did I look at the credits that Mississippi’s PR people had sent me, and yeah, only then did I find out he was English. This is the bit that this website doesn’t do and every other would, and you pretend you knew about all his other records and his three nominations at the British Blues Awards.

How about the truth instead? I’d taken about 30 seconds of “I Was Wrong”, the opener here, to decide this was brilliant, and for the next 45 minutes I’d wallowed in some incredible, slow grooves, some horn drenched things, lashings of organ and some tinkling piano  and – frankly – I didn’t give a toss about anything else.

In all seriousness, if you don’t love “….Right” after that opener you might as well turn it off, because MacDonald– to paraphrase Motorhead – knows what he was born to do, and he does it real well.

“I Heard It Twice” has a little boogie, and the girl who “don’t like your blues” is palpably in error, “It Can’t Hurt Me” adds a soul that all the best Chicago style blues has, the backing vocals alone are as glorious as can be. So much so, in fact, that you don’t even notice that in the first verse he’s planning to kill a love rival. Blues was made on these moments. And there’s a sense when he says “’scuse me” before playing the solo, he’s enjoying it as much as you.

This is a man who went to America to meet his hero BB King and others of less renown. This is a man, in short who knows his blues and he performs classic stuff incredibly. It genuinely shocked me when I read the credits here and saw that these were all original songs. “Drinkers Blues” is so steeped in history it should have been written in the last millennium by a bloke called Blind Willie something or other, and its not the only one.

These all take their time to get where they are going, they are a journey rather than a sprint. The guitar is honey sweet on “Let Me Explore Your Mind”, the 12 bar shuffle of “That’s It, I Quit” is the work of someone that’s in this for life and the guitar seems to gently weep on “Keep Your Hand Out Of My Pocket”.

The tone of my words has been a little light hearted, perhaps and that’s in keeping with the sense of fun on the record. Never is this better shown than on the brilliant “Your Wife Is Cheating On Us”, and on this one too, before he plays the second solo MacDonald says, to no one in particular: “I gotta play a little more, now”, you suspect since he was 11 years old and became obsessed with the blues, he’s never stopped.

“Do Right, Say Right” is perhaps best summed up like this: A man from England called Mississippi with an ear for the classic and an eye on the future has nailed the Chicago sound. Never mind where he’s from, it’s all about where you are now, and this is sensational.