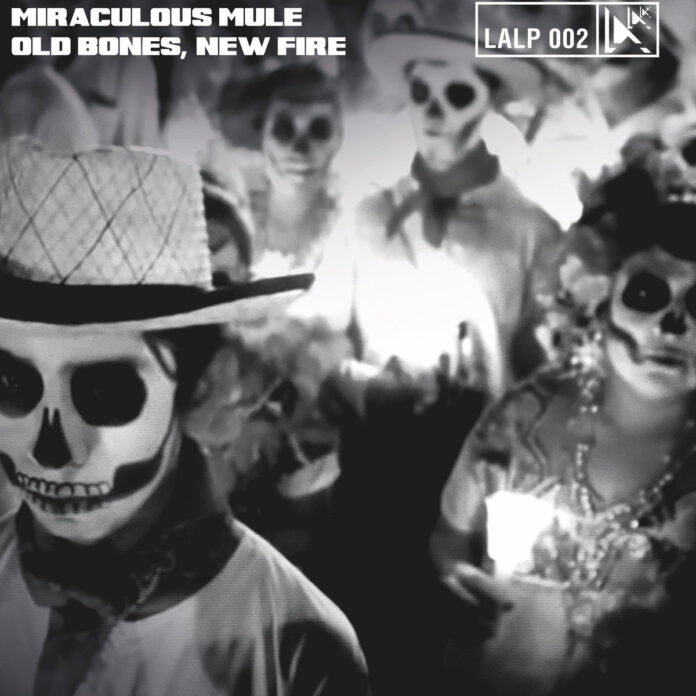 Right towards the end of “Old Bones, New Fire”, there’s “You Got To Take Sick And Die”. Musically, its got a lot in common with the laid back, blissed out music that John Fogarty might have put out with CCR, but my goodness, strip away the layers and there’s some darkness here.

Some explanation might be needed.  “…Fire” is – as the title might allude to – something old and something new. When Michael J Sheehy was looking to begin the follow up to the utterly brilliant 2017 record, “Two Tonne Testimony” he came across some songs that they hadn’t used from the sessions for their 2011 debut.

In his words: “I shared them with the band and we decided to record some more material in a similar vein to create an album. As soon as restrictions lifted, we got together in a room and something magical happened”

The album begins with one from back then. “I Know I’ve Been Changed” sounds like its sung by a chain gang in the American deep south. It probably was. Nine of the ten tunes on this are traditional folk songs. Most are gospel tinged too. Which – I will be totally up front about this – presented me with a problem, given that I would combust if I came into contact with holy water.

The members of MM have a take on that, though: “we are lapsed Catholics, agnostics and non-believers, who have tripped and fallen into Hell’s ditch many moons ago,” says Sheehy, before he adds crucially. “However, we truly believe in the power of this music and how it makes us….feel”.

Repeated listens to this – and there have been, we’ll get to that – have seen songs like “Nobody/Nothing” reveal themselves in many ways. Not least that this is the type of blues record that essentially would happen if Robert Johnson had tried to give his soul to the Devil, only for Beelzebub to decide it was just too bleak.

So it is that there’s an almost suffocating quality to the monotony of “City Of Refuge”, or the there’s just something sinister lurking around every corner. Sheehy and Patrick McCarthy take the lead, on “Fire In My Bones” and Alex Louise Petty is stunning on “O Death”, delivering it with a genuine and palpable menace.

“John The Revelator” has been covered by many. None have meant it quite like this. “Tell me what’s John writing?” goes the lyric as we all know. Here it sounds like it just might be a suicide note.

“Butcher Boy” – another that’s been done by many (and this is a world away from Kirsty McColl doing her thing on it) is genuinely unsettling as it is delivered with discordant harmony and something that makes it sounds like an evil nursery rhyme.

It all ends with “Sinnerman”. The best one on the collection. An incredible version. It was only again listening to this so much that I understood that the sinner in the words was rejected by the Lord and sent to the Devil. There’s probably a metaphor in there. In fact there definitely is.

The only original one here is the one, that just as much as “Sinnerman” holds the key. “We Get What We Deserve” almost sounds like it came off some alternate version of “Aftermath”, and in a way, that’s “Old Bones, New Fire”. If the Stones covered a load of traditional standards, then surely, this is the outcome.

And if the religious aspect is why it took me a while to come round (coupled with the fact that this isn’t the most immediate record) then the more time you give to this, the more you get back. Make no bones about it, this is stunning.